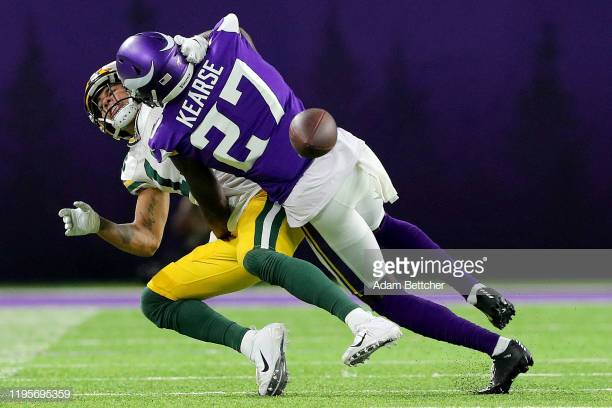 We’re kicking off today by beginning my annual free agent wishlist. Doing things slightly differently than past years. Dedicating separate articles to each position of interest/need to help focus these lists a little better. Today, we’re starting with six pending free agent safeties who make sense for the Pittsburgh Steelers.

Heath is a name I’ve thrown around for a little while now. He’s someone with plenty of NFL experience, logging 53 starts over the past three seasons, but frankly was probably overmatched as a full-time starter. Certainly earned the ire of Cowboys’ Nation.

A backup/sub-package role is best suited for him. Which works well for the cash-strapped Steelers. There’s another factor at play, too. Heath recently underwent shoulder surgery after battling through the pain during the regular season. That should knock down his value a bit. Perhaps he signs for less, maybe he waits until he’s fully healed and takes a “prove it” deal in two months.

But check out the toughness. Hits like these over the middle, separating player from ball, is what’s attractive.

To the player, Heath is known for being as tough-as-nails strong safety with limited ball skills but someone I’d trust as a #3 safety. He also has plenty of experience on special teams (160 snaps in 2019, 252 two years ago). Turning 29 in May, being under 30 is critical in projecting Steelers’ defensive free agents, he has that blend of experience, just enough youth, and cheap price tag to give Pittsburgh quality depth behind Terrell Edmunds.

Lose Tyler Matakevich? You’re looking at his replacement. Killebrew is listed as a safety but was viewed as a hybrid player coming out of Southern Utah and early on in his career. He’s failed as a piece on defense but has become a core special teamer. In the article we wrote yesterday stating the case to keep Dirty Red, Killebrew showed up tied 5th since 2016 with 30 total special teams tackles since 2016.

Is it a 1:1 trade should Matakevich go elsewhere? Kinda. Killebrew is a safety, at least in name, but functionally, they’ll serve the same purpose. And he should come in cheap too, which is the key with most of these players.

Of all the names on this list, Parks might be the most “luxury” suggestions. That depressing statement sums up how little money this organization has. But Parks is a rock solid player who works best near the line of scrimmage and earned a good deal of playing time with Denver in 2019, logging 555 defensive snaps. He’s logged an interception every year since entering the league and famously/infamously the man responsible for Xavier Grimble’s fumble two years ago.

His versatility is also an asset, lining up all over the Broncos’ front.

But his market seems to be higher than I initially expected. OTC’s Nick Korte projects a Chuck Clark kind of deal, somewhere in the three year, $16 million range. Probably too rich for Pittsburgh, unfortunately, nor do the Steelers provide the obvious opportunity to entice someone like Parks.

Deon and Devin Bush (no relation). Who’s with me? Now we’re playing Connect-The-Dots with players the Steelers showed interest at draft time. Steven Nelson, Ladarius Green, and Donte Moncrief are just a few examples of players brought in for pre-draft visits the team circled back to once they hit the open market. The perks of having the same GM, coach, and scouting staff for roughly the last half-million years.

Bush is on that list, brought in for a visit in 2016. Drafted in the 4th round by Chicago, his NFL career has largely been quiet, starting only eight games the last four seasons. He’s largely functioned as a box player but predictably spent a ton of time on special teams (262 snaps). Only a handful of snaps on defense but here he is forcing a fumble on Aaron Rodgers. You can see him in that box-type role.

Low-level, cheap move to bring in a backup with some NFL experience but doesn’t prevent you from drafting someone either. An ideal middle ground.

Joseph will likely be one of the most popular names in Steelers’ circles. Pittsburgh showed serious pre-draft interest in him and his name showed up in plenty of mock drafts, including our own, back in 2016. Joseph ended up going 14th to Oakland, well before it became Pittsburgh’s turn to pick, but he’s had a rocky career out West. Things have seemed to progress the last two years and he started nine games before going down with a foot injury.

From the Steelers’ perspective, that should help knock down his market value.

Known for his athleticism (this team likes their safeties to be SPARQ-Y, though Joseph didn’t work out much pre-draft due to injury) he can match up on tight ends. Saved a win over Detroit earlier this year, contesting a jump ball to TE Logan Thomas.

He’ll probably still cost a little bit but Tomlin has a chance to collect another firs round safety, adding him with Minkah Fitzpatrick and Edmunds.

I’ve listed Kearse on potential post-draft cutdown lists time and time again. But the Vikings never parted ways with him. Now, Kearse is slated to hit free agency. The Steelers brought him in for a visit coming out of Clemson. He’s a bit of a weird body type, a lanky 6’4 frame that had some thinking he might be a linebacker but he’s stuck at safety with some slot versatility.

Nice rep here to play the hands and break up this throw against Marquez Valdes-Scantling.

He started three games this year, deflecting six passes and picking off a Dak Prescott Hail Mary attempt. With Minnesota trying to keep their starting safety in Anthony Harris, Kearse has to be on their back burner and he might – finally – be available.