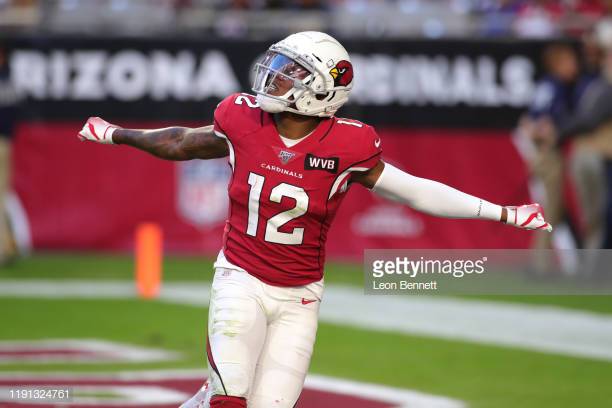 Today, we’re continuing my annual free agent wishlist. Doing things slightly differently than past years. Dedicating separate articles to each position of interest/need to help focus these lists a little better. Previously, we discussed free agent safeties followed by offensive linemen to keep an eye on. Here, we’re looking at wide receiver. This list is more exciting than the linemen but not by much.

Cooper is probably the most realistic name on this list. Which tells you the talent I’m offering here but again, the Steelers have no money. Cooper perked up as a receiver with the Cardinals last season, recording 25 receptions for 243 yards and one score, more than doubling his prior production.

The bigger incentive to sign him is for his return production. That’s always been his calling card. Last season, he averaged 22.4 yards per kick return and 7.6 on punts. At his best, he led the NFL in KR average in 2017 with the Rams (27.4) including his one and so far, only return touchdown. Here it is.

Pittsburgh’s kick return game has been as brutal as brutal can be for far too long. While there’s a deep dive worth taking into why it’s been such an issue, I’m at the point of just trying to find a really talented kick returner to mask those issues for the short-term. Cooper offers that. Maybe he does punts, maybe Diontae Johnson sticks there (he will be going in as a starting WR in 2019 so the team may want to be careful) but Cooper is your Day 1 kick returner and decent depth as an actual receiver in the slot (76.9% slot with Arizona last season).

The Steelers’ pre-draft interest is an obvious dot to connect, too. Pittsburgh brought him in for a pre-draft visit when Cooper was coming out of South Carolina in 2016 and the team loves to circle back to that list when it’s time for free agency. This one makes a lot of sense.

Moore was a guy I really liked coming out of Cincinnati. Here’s what I wrote at the end of his scouting report.

“Consider me a big fan and Moore one of the overlooked guys in this receiver class. Especially if you can get him in a vertical offense, like what Baltimore runs. I think, I hope, he’ll go higher than most expect.”

I guessed the team right but my overall projection didn’t really work out. He has only 47 career catches through four years, but there’s still talent. In 2017, he averaged nearly 14 yards per reception with three touchdowns on only 18 catches. But Baltimore phased him out this past season. Moore caught only three passes over 181 snaps in a run-heavy offense.

Like Cooper, Moore offers kick return value. Didn’t do much last year but has a 23.5 yard average in his career. He didn’t run a crazy fast 40 time coming out of school, a 4.53, but profiled as a vertical threat the team could use more of. He also played a ton of special teams snaps in 2019, over half of the Ravens’ total, and that’s always helpful for creating competition at the back end of the position. Unlike Johnny Holton, Moore can probably offer a little more in the passing game.

Here’s a 30 yard TD he had two years ago against the Steelers.

With that quiet 2019, he should be very cheap on the market. Probably sign for the minimum or a couple dollars more.

If Moore isn’t an option, the Steelers should turn to Davis. Bounced around – a lot – with three different teams, getting dealt, getting claimed, a classic journeymen already, who has just 16 career receptions but has made an impact in the KR game. 22.4 yards per return since entering the league with a good bit of punt return experience too.

When he was with Oakland, he got involved in their run game, taking this end around 60 yards to the house.

Low-level move, definitely for the minimum, but he’s still young, only 26 years old, with fresh legs who ran a 4.42 coming out of Cal. Signing him doesn’t ensure he makes the team, he’s probably even outside-looking-in heading into camp, but veteran depth every roster needs.

Dorsett is interesting because I struggle to gauge his value. His career has been simply ok. Catching about 30 balls per year the last two seasons since getting traded from Indy in the Jacoby Brissett deal. He averaged a healthy 13.7 yards per reception for the Pats last season and an impressive five touchdowns on 29 catches. Nice diving catch vs Miami here.

Still, in his five year career, he’s never had more than 33 receptions, 528 yards, or five touchdowns in a season and most years, he’s been well under that mark. Definitely underwhelming numbers for a former first round pick. But he has pedigree, some big-play ability, and though I suspect he can get a better opportunity than a #4 receiver in Pittsburgh, he won’t have a long line of suitors looking to back up the money truck.

I wasn’t intending on including Richardson in this list but after Ike Hillard’s hire, who served as Richardson’s positional coach for the past two years, this has some worthy dot-connecting. He was a bust in Washington, oft-injured and barely productive (48 catches in 17 games the last two seasons) but still relatively young with straight-line speed and big-play ability. Like this grab.

The other factor that could depress the WR market is this draft class, one of the best group of receivers in a long time. Why should teams chase middling depth when they can get great value on the position in the draft for cheaper and a four-year deal? Betting Richardson will have some suitors, including reuniting with his old team the Seahawks, but he should be pretty cheap relatively speaking (he’ll cost more than the other names on this list).