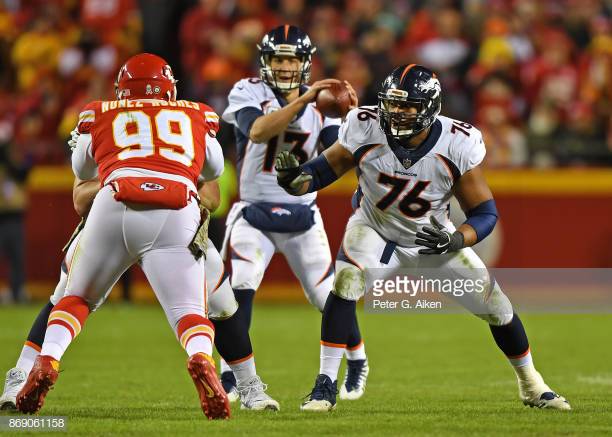 Today, we’re continuing my annual free agent wishlist. Doing things slightly differently than past years. Dedicating separate articles to each position of interest/need to help focus these lists a little better. Last time, we talked about six safeties who make sense for Pittsburgh. Now, we’re shifting to the offensive line.

Trust me, this is the most exciting name on the list. We’re all going to have to live with that reality during free agency. Boehm played 601 snaps across eight starts for the Dolphins last year after getting dealt from Indy right around roster cutdowns.

He’s still relatively young, turning 27 in August, and split time between center and guard last year. That included a start at center against the Steelers. Nice job here in pass pro against Javon Hargrave. Powerful strike to send him to the ground. Boehm is #76.

In all, he’s made 21 career starts with the Cardinals, Colts, and Dolphins. Miami is probably still looking to blow things up and have plenty of money to spend in free agency, making Boehm forgettable and expendable. He can come to Pittsburgh on a two-year deal as a backup swing man.

Garcia might be the name that makes the most sense for Pittsburgh. In 2017, he was a back-to-back 16 game starter for the Denver Broncos after drafting him in the 4th round of the 2015 class. But he was benched to start 2018, elevated to starter mid-season but tore his ACL that wiped out the rest of that year and nearly all of 2019. He signed a one-year, rehab deal with the Cardinals, got activated off PUP midseason and didn’t log a single snap on offense. He picked up 30 on special teams.

So he’s looking for any sort of contract, probably minimum salary benefit, and a chance to be a backup pretty much anywhere. Like Boehm, he’s played both interior offensive line spots throughout his career including during his time at Florida. We’ll see if his athleticism still exists post-knee injury but he’s capable of reaching linemen and linebackers in space on zone concepts. This is from 2018 with Denver.

I see you on that lead block Max Garcia. Matt Paradis finishes his man off💪🏻💪🏻 pic.twitter.com/8reaazCRLI

Pittsburgh showed interest in him coming out of the draft. They reportedly had a Pro Day dinner with Garcia before the Gators’ workout. He’s a dirt-cheap, no-risk option who may not even ultimately make the roster. But a veteran who provides some protection and cover to whatever happens during the draft. Plus, you’d rather not hand a rookie a job.

Aboushi is more of a guard/right tackle as opposed to center but his resume reads like the others. Former mid-round pick whose bounced around and trying to latch on into a camp and hang in this league as long as possible. Made just two starts for the Lions in 2019, both coming in the final two weeks at left guard. Nice job to wash the 1T on this run against Denver.

Turning 29 in June, he’s made 34 career starts for five different clubs. A definitely journeymen but Pittsburgh makes sense as his 6th stop.

If you didn’t think we could dig any deeper, you’re wrong. Wetzel just appeared on radar after the Falcons cut him this week. I compare him to a present day version of Guy Whimper. He’s probably outside-looking-in to make any roster, even if Pittsburgh is gutted without Foster or Finney, but there’s some NFL experience, making 24 nondescript starts with the Cardinals from 2016 to 2018.

Like Aboushi, we’re talking more tackle-guard versatility as opposed to center. He should be awfully cheap. A minimum offer probably gets the job done. There’s also a local incentive for him to choose Pittsburgh. He was born in the city and grew up in Western PA.

Sowell is now technically a tight end after getting kicked outside by the Bears but has only caught one pass the last two years (for a TD, I’ll grant you and show it below) and functions like a 6th offensive linemen. Putting him here because I don’t plan on doing a list with the TEs, there just aren’t any realistic options, so tacking Sowell on the end. With Zach Banner and Chukwuma Okorafor having experience as a 6th offensive linemen, there isn’t a huge urgency for a guy like Sowell but assuming Feiler gets kicked to LG and one of Banner/Chuks starts, Sowell offers some backup depth.

I’d scrap the whole tight end thing and just make him back into a linemen, not that it would take much doing. He’s even been an emergency long snapper and can compete with Vance McDonald for those backup duties (or when McDonald inevitably misses time).