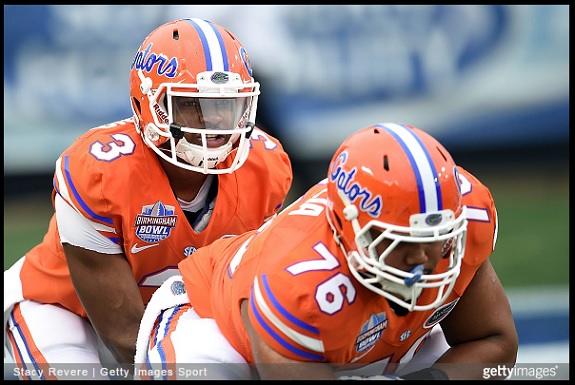 Not only did the Pittsburgh Steelers meet with Florida running back Matt Jones prior to his Tuesday Pro Day, they also met with center Max Garcia as well, according to Tony Pauline of draftinsider.net.

Garcia is a versatile lineman who played center, guard and tackle during his college career and that’s position flexibility that will certainly endear him to the Steelers as well as other teams.

Garcia was also voted team captain last season by his teammates and that’s another character trait that the Steelers value.

The Steelers currently have two starters on their offensive line that played at Florida in center Maurkice Pouncey and tackle Marcus Gilbert. Recently retired tackle Max Starks also was drafted by the Steelers out of Florida in 2004. He started several seasons for the Steelers at both right and left tackle.

Garcia is considered a late-round prospect, who could potentially go undrafted.