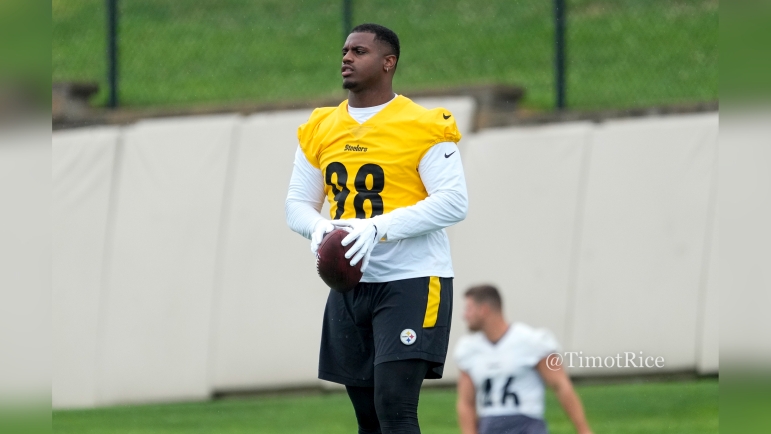 DeMarvin Leal. What is he? That’s the question the Pittsburgh Steelers must answer. And they could respond in a dozen different ways.

Leal was drafted a tweener, something in-between an edge rusher and interior player. One year into his pro career and that hasn’t changed. Initially, the Steelers planned to bulk him up and did, getting his weight up over 300 pounds in the summer. In the preseason, he logged 91 snaps, all as a down lineman and over 26% of his snaps came in Pittsburgh’s base 3-4 defense. It was a similar story in Week 1, all 16 of his snaps with his hand down, though 15 of them came in sub-packages.

The exception was a sign of what was to come. Pittsburgh rolled out its 3-3-5 package one time in that Bengals game after Watt got hurt, though Leal was a hand-down end on the play.

By Week 2, the Steelers put that plan into more extensive action. A 3-3-5 look with Leal as a stand-up linebacker, essentially the #3 OLB rotating in, especially against heavy personnel. For the rest of the season, the Steelers moved him around and presumably, based on appearances too, had him keep his weight down. 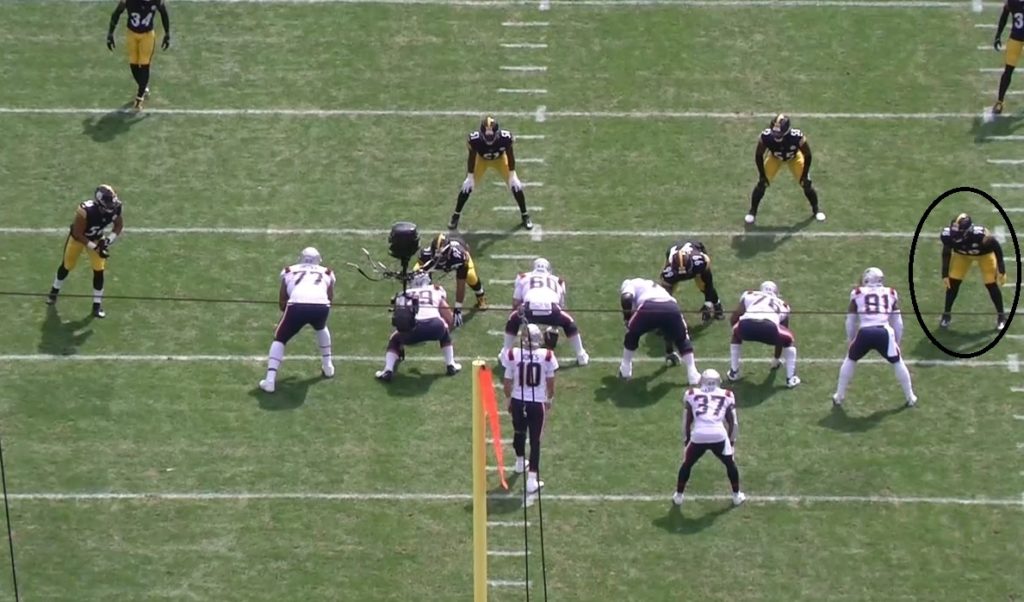 Despite playing under 200 total defensive snaps, by year’s end, he lined up all over the field. According to our charting, he logged time at seven different positions: LDE, LDT, LOLB, RDT, RDT, ROLB, and even inside linebacker, the latter a specialty off-ball blitz package put in for the Bills game, run three times.

Over his rookie year, 37.4% of his snaps were spent on his feet. Though still labeled as a defensive lineman, he wasn’t used like the others. Standing up, even occasionally dropping into coverage, and he was allergic to the Steelers’ base defense. Only 15.7% of his snaps came in Pittsburgh’s base 3-4/3-5 grouping. He was part of the 4-4 defense Pittsburgh leaned on over the final four weeks but even then, he worked further away from center at defensive end, not tackle.

Overall, Leal was not used like Cam Heyward, Larry Ogunjobi, Chris Wormley, and the rest. Only 52 of his snaps, 30.4%, came as an interior lineman, lining up at LDT or RDT. And when he did align there, it often came in clear pass-rushing situations on third down.

It’s a lot of numbers, I know, but here’s the bottom line. Leal wasn’t used as a defensive lineman. He was a big outside linebacker, taking advantage of his athleticism and hot motor, and occasionally kicked inside as a sub-package pass rusher. Given the fact he likely dropped weight to play that hybrid role, it was the right and smart decision.

But what happens this offseason? The team needs to figure out what to do with Leal. Still young and raw, and without doing a deep dive back into his entire rookie season, here are his best traits.

And here is what he needs to work on.

And here’s how I see it. Leal is never going to be Cam Heyward, Larry Ogunjobi, or Chris Wormley. He doesn’t have the body type or strength to bang around along the interior, taking on double-teams against centers and guards all day. Yes, the Steelers have changed their style up front and they one-gap and penetrate more than they used to, but Leal is never going to be a titan against the run. It’s not what he did in college. Texas A&M moved him around but he played on the edge. Leal is a space player, pound-for-pound an impressive athlete, and he’s an interesting fit as a “big” outside linebacker as opposed to a small defensive lineman.

Had this happened 10 years ago, playing EDGE in Pittsburgh probably would’ve been out of the question. The Steelers used to drop their outside linebackers a ton. Despite great threats off the edge, James Harrison and company would spend a ton of time backpedaling. Some of that was a byproduct of Dick LeBeau’s Fire Zone system, creatively rushing five and dropping six, three under, three deep, to create chaos. Even in T.J. Watt’s rookie season, he dropped into overage 37% of the time. Today? Not even close. Last year, he dropped 10.5% of the time. This year? Even lower, 5.6% of his passing snaps. Pittsburgh wised up. These guys go forward, not backwards. They get paid top dollar to sack the quarterback, not drop into a hook zone and make a six-yard tackle.

In Pittsburgh, big and strong outside linebackers win. Not small speed guys. Greg Lloyd. Joey Porter. James Harrison. LaMarr Woodley (before he got *too* big). Bud Dupree. T.J. Watt. Alex Highsmith. Nobody in that group ever skipped leg day. Just like how big guards always work best for the Steelers, the same applies to the EDGE. You saw it with Malik Reed. Too small, not strong enough to play the run. By year’s end, he was inactive.

Leal will be one of the biggest 3-4 rushers in the game. With size similar to Dupree, he can be a matchup nightmare against tight ends similar to the impact the team’s over front has when Cam Heyward gets matched up on one of them. Leal lacks some foot quickness to defend the perimeter, dropping weight and honing in on the position will help with that, but he could be a solid run defender and #3 outside linebacker. He’s sorta built like Mike Vrabel, a big guy and A+ athlete who caught a couple of touchdowns back in his day (as a Patriot, not a Steeler) as a goal line tight end. Leal is a modern-day version.

I don’t know Pittsburgh’s plan for him. But if they’d ask me, here’s my process and frankly, it’s just about the same as what the Steelers did with him this year. A rotational OLB behind T.J. Watt and Alex Highsmith with the ability to kick inside as a three-tech pass rusher in obvious passing situations. That’s how Pittsburgh deployed him this year and it’s a plan worth sticking to. It plays to Leal’s strengths, minimizes his weaknesses, and immediately gives this team solid OLB depth they’d otherwise lack and would have to address, earlier than you think, as protection behind another Watt injury or losing Highsmith. As a pass rusher, he isn’t the bendiest player but can collapse the pocket and then work along the interior on third downs. Don’t think of him as a full-time EDGE.

The downside is that Leal isn’t likely to turn into a full-time player. He’ll always be a little bit of this, some of that. But there’s value in his versatility and if a third-round pick can wear those hats, plug those holes, and get after the quarterback, it’s a solid pick.

The worst thing is to make him a full-time version of something he isn’t. An everydown defensive lineman. Leal could still have his moments but he’ll struggle more than he’ll succeed. When they drafted him, that seemed to be the Steelers’ plan. By Watt’s injury, they sorta walked into changing up their strategy, employing Leal on the edge. It worked. Relish in that opportunity and take advantage of the desperation revealing the correct plan. This is the way to use Leal. It’s good for him, good for this defense, and the course the team would be wise to take this offseason. Where he weighs in at next summer will indicate the Steelers’ plans.