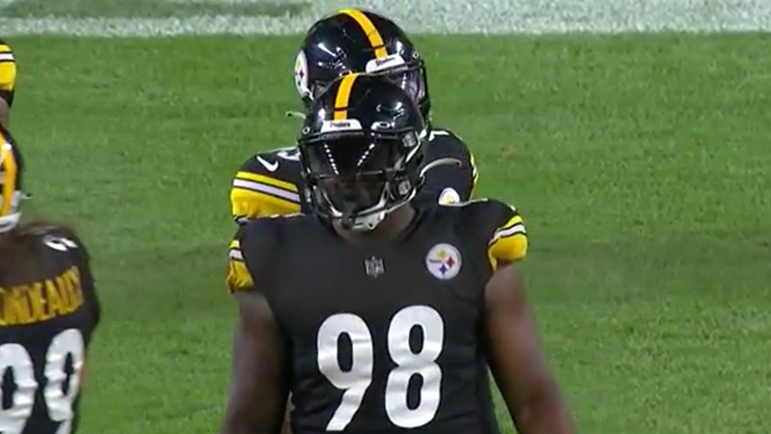 The Pittsburgh Steelers are by and large perceived to have had a reasonably successful draft class last year, even if that is largely shaped by the impact made by their top two draft picks, quarterback Kenny Pickett and wide receiver George Pickens. Outside of fourth-round wide receiver Calvin Austin III, who was injured, however, they got contributions from the rest of the group.

That includes third-round defensive lineman DeMarvin Leal, who despite missing a chunk of the season due to injury still managed to play close to 200 defensive snaps. He finished the season with 14 tackles and one tackle for loss with three passes defensed. While he was not credited with any sacks or quarterback hits, he showed some spark as a pass rusher. But he’s got room to grow, says veteran Chris Wormley, perhaps as much off the field as on it.

“He might have some things to work on other than just being a football player, which is obviously the most important thing, but rookies are knuckleheads”, he said, according to a transcript provided by the team. “He’s a young knucklehead, but you can tell he is going to be a hell of a player and if I’m here, I am excited to be here to help him along his journey for however long I’m here, if I’m here”.

Wormley, now going into his seventh season, finished the season on the Reserve/Injured List, and it is not clear whether or not he will be asked to return beyond this year. He identified both Leal and 2021 draft pick Isaiahh Loudermilk as “staples on the defensive line”, expressing excitement in any opportunity to help them along.

Without elaboration, of course, it’s impossible to know just how much ought to be read in describing Leal as a “young knucklehead”. It’s noteworthy that he said that rookies in general are knuckleheads, but he did also go out of his way to point out that he has “some things to work on other than just being a football player”.

It would hardly be surprising for a young man like Leal to have some maturing to do, of course. He was just 21 years old when he was drafted out of Texas A&M. None of this ‘knucklehead’ behavior ever surfaced in a manner that would have been seen to the public, anyway.

While a notable remark, perhaps, at the same time I will not spend much time dwelling on it, especially without a wider context. Basically, everybody who enters the NFL and plays a season is expected to mature both within the game and within his own life entering year two.

When players make the jump to the NFL, they are also often making the jump to being a full-time ‘adult’, so to speak, with adult responsibilities. This is why presumably every team has designated personnel on staff to help young players make that transition.