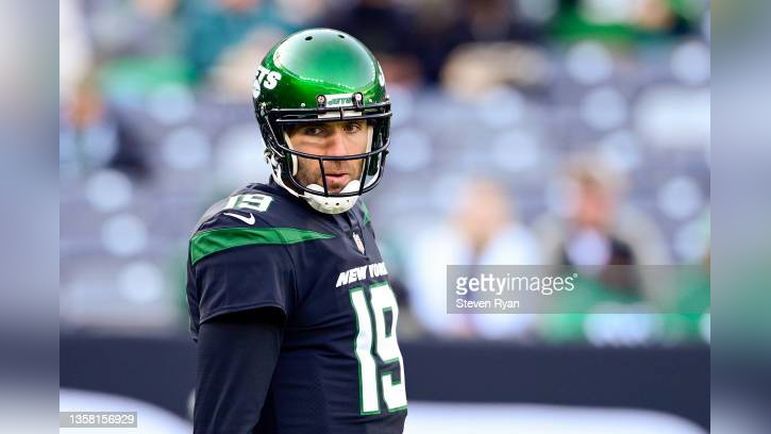 Cam Heyward knows the Pittsburgh Steelers need to take care of business against the Cleveland Browns. But he knows the team needs help on top of that. Desperate times call for desperate measures and Heyward is asking once-rival Joe Flacco, the New York Jets starting quarterback tomorrow, to make amends and help the Steelers out.

In the latest episode of his Not Just Football podcast, Heyward went over Pittsburgh’s playoff scenario and pleaded for some help.

Heyward with a college football deep cut. Before Flacco tore things up at Delaware, he briefly spent time at Pittsburgh. He was with the team as a freshman in 2004, throwing four passes, completing one of them for 11 yards. And just because you know us as the sickos we are, here’s that lone completion in a Panthers’ uniform, Flacco appearing in mop-up duty towards the end of a blowout win against South Florida.

But Flacco would transfer to the Fightin’ Blue Hens and star there, parlaying that into becoming the Ravens’ first round pick, 18th overall, in 2008. He would go on to start 163 games for the Ravens, leading them to a Super Bowl, and having some great battles with the Steelers. But since 2019, Flacco’s been something of a journey man, bouncing around between the Broncos and Eagles before finding stability with the Jets.

In order for the Steelers to have a chance for the playoffs, the Dolphins can’t beat the Jets tomorrow. Flacco is getting the nod for New York, replacing the injured Mike White, who was expected to play but ruled out midweek due to a lingering rib injury. The Jets’ season is over while the Dolphins desperately need a win to keep their playoff hopes alive, though they’re starting third-string quarterback Skylar Thompson in a must-win scenario. Flacco will have to work his magic one more time to help the Steelers make an improbable playoff run. The New England Patriots also can’t beat the Buffalo Bills, meaning there’s three legs in order for Pittsburgh to get in. So far, the stars have aligned and Heyward is confident they will one more time.

“I think everybody’s gonna step up. Everybody including us.”

The Steelers will have their answer by about 4:15 tomorrow afternoon. All three key games are kicking off at 1 PM/EST. When the dust settles, we’ll know which team has captured the 7th seed.

For years, Flacco was the Steelers’ enemy. The one quarterback fans wanted to see lose more than any others. Now the tables have turned and he’s, in part, the key to keeping Pittsburgh’s season alive. What a way to start 2023.

Check out the entire episode of Heyward’s podcast below.