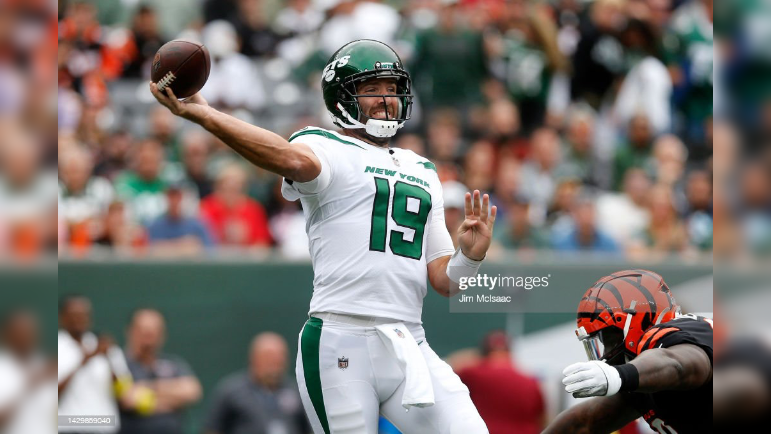 The game of football has a funny way of making things come full circle.

For the Pittsburgh Steelers, after battling quarterback Joe Flacco for many years as a member of the Baltimore Ravens in heated AFC North rivalry matchups and playoff games, their playoff fate in 2022 now, ironically, resides in the right arm of Flacco.

Flacco will start for the New York Jets in Week 18 against the Miami Dolphins after starter Mike White popped up on the injury report with a rib injury ahead of the AFC East battle with the Dolphins. White, who previously missed time with a rib injury after taking a significant number of shots in the pocket against the Buffalo Bills in December, will miss Sunday’s season finale, forcing Flacco into the lineup, according to SNY TV’s Connor Hughes.

Zach Wilson will be the #Jets backup QB to Joe Flacco, who is starting.

On the year, Flacco has started three games, appearing in four, for the Jets. All three of his starts came in the beginning of the season with former starting quarterback and 2021 No. 2 overall pick Zach Wilson out with a knee injury he suffered in the preseason.

In his three starts, Flacco is 1-2 on the season, completing 92-of-158 passes for 902 yards, five touchdowns and three interceptions. The lone win for Flacco and the Jets with the veteran as the starter came in Week 2 against the Cleveland Browns on the road when the Jets erased a 14-point deficit in the final minutes to pick up a shocking win.

For the Steelers to get into the AFC playoffs this season, they need Flacco and the Jets to beat the Miami Dolphins, who have not named a starter yet this week entering the matchup against the Jets with Tua Tagovailoa in concussion protocol and Teddy Bridgewater dealing with a broken pinkie on his throwing hand.

Rookie seventh-round quarterback Skylar Thompson has taken the majority of the first-team reps for Miami this week, while the team brought in veteran Mike Glennon as depth.

Along with a win from the Jets, the Steelers, should they beat the Cleveland Browns in Week 18, would also need a win by the Buffalo Bills over the New England Patriots to get into the AFC playoffs as the final Wild Card and the No. 7 seed.