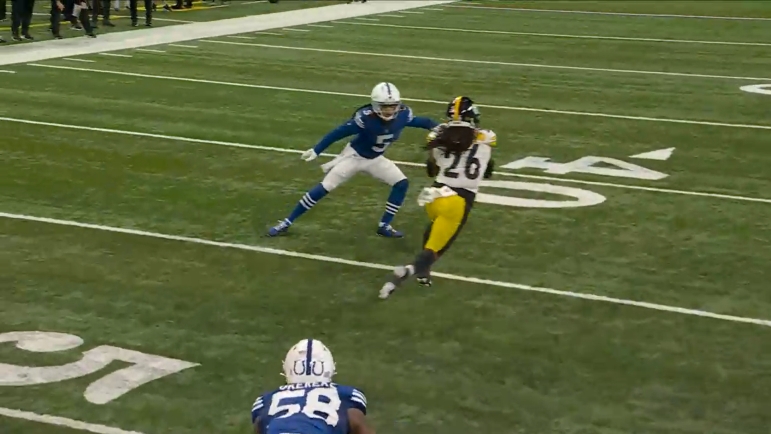 Reasoning: The Steelers announced yesterday that they agreed to terms to retain veteran running back Anthony McFarland Jr. on a Reserve/Future contract, days after his name was not included in the 10 initial futures signings. He may have been waiting to see if he would get other offers before agreeing to sign, but either way, at least as of now, he will be back in a year in which Benny Snell Jr. is due to be a free agent.

Is there still a chance for Anthony McFarland Jr. to turn his career around and become a contributor? Well, he had better hope so, one way or another, because the 2023 offseason may be the last chance he will be afforded.

A 2020 fourth-round draft pick, McFarland contributed sparingly as a rookie before spending much of his second season injured. By the time he returned to the 53-man roster, he was too far behind and received little opportunity to contribute.

The emergence of 2022 college free agent Jaylen Warren torpedoed his chances of making the 53-man roster, due to Benny Snell Jr.’s special teams contributions, but he stuck around on the practice squad after having a good camp and preseason, and he did contribute positively when he was elevated to the active roster.

With Snell due to be a free agent and no guarantee that he is going to be re-signed, there is a chance for McFarland to get himself back into the mix as the number three back. Even though he was on the practice squad for most of the year, he still seemed to get acknowledged somewhat frequently as being a part of that running back group.

With the team announcing that he has been retained on a Reserve/Future deal, there is still a chance for him, and for the team to finally add that complementary back who has some speed and quickness to break off some longer gains that are not Najee Harris’ forte.

With Warren’s emergence, Pittsburgh is probably not going to feel pressured to draft a running back, but they could re-sign Snell on the cheap or add another veteran, and they will add more college free agents. McFarland will have to compete to make it, but the door has been left ajar.