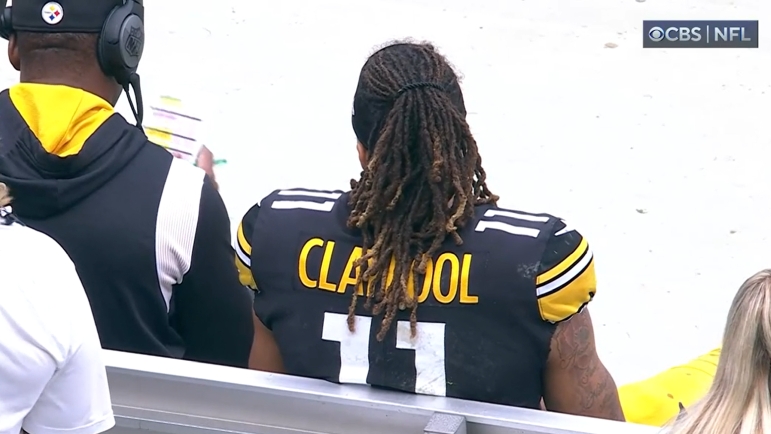 In a rare move, the Pittsburgh Steelers were sellers during yesterday’s trade deadline. While it was the second year in as many years they shipped a player out, the decision to deal Chase Claypool was far different than Melvin Ingram’s situation in 2021. Ingram wanted out and had no future as a Steeler. Pittsburgh could’ve held onto Claypool, under contract through next season. But Pittsburgh got an offer too good to pass up. Claypool understands how the NFL works and in his introductory presser as a Bear, said he harbored no ill will to his old team.

“I don’t have any bad blood with anyone there,” Claypool said via the Bears’ YouTube channel. “It was hard to take offense to it because I know it’s just the nature of the business.”

Claypool’s name has been rumored in trade talks for weeks so while yesterday’s deal may have been a surprise, it didn’t come as a total shock. Claypool himself admitted he was aware of the rumors and in fact, said on October 20th a former coach texted him “Go Bears,” which caused Claypool to investigate. Here’s what Claypool told the New York Post just over ten days ago.

“If I were to pay attention to this, one of my former coaches texted me, he said, ‘Go Bears.’… That was the only thing that I kind of looked up.”

Whoever that coach was had the inside scoop. Claypool heads back close to where he played college football at Notre Dame.

Claypool’s time in Pittsburgh was, at times, bumpy with his name in the headlines for the wrong though rarely sinister reasons. But he came into the league immature and doing and saying some 20-something things, suggesting music at practice, signaling first downs on a running clock, among other things.

What’s clear is Claypool wasn’t a good fit in the Steelers’ offense. They couldn’t find a home or role for him, trying to make him a big slot receiver but Claypool never looking comfortable in that role. I assume he’ll play on the outside in Chicago and be a bigger focal point of the offense. That could turn his career around. But he was never going to thrive again in Pittsburgh. That’s football, that’s business. Yesterday, the Steelers made a business decision.