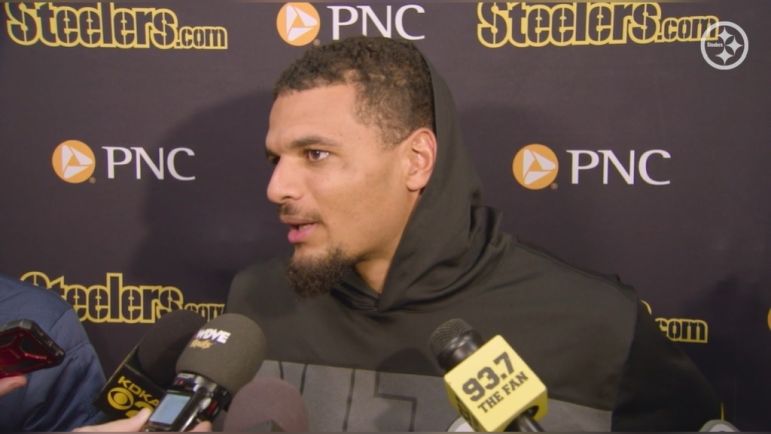 On Friday, Minkah Fitzpatrick was ready to play the New Orleans Saints. On Saturday, he was in the operating room getting his appendix removed. Practicing fully and speaking to reporters for the first time since his emergency surgery, Fitzpatrick outlined what happened that saw him go from starter to patient in the matter of less than 48 hours.

“Thursday night, I just felt flu-like but like lower in my belly,” he told reporters via Steelers.com. “Friday I practiced. I was fine. Saturday they walked through, I was fine.”

Coming off the Steelers’ bye week with T.J. Watt’s expected return, it seemed like the defense would have all their star players back. But Fitzpatrick’s pain continued and soon after telling trainers he was having trouble using the bathroom, he went to the doctors for a scan.

“I went and got scanned and was on the operating table 20 minutes later.”

Despite his futile protests, a now-appendixless Fitzpatrick was ruled out of the Saints’ game. Thankfully, modern medicine not only allows for a quick diagnosis but a quick recovery, requiring just a couple of small incisions as opposed to being fully cut open. Though he practiced fully Thursday just days after his surgery, he also explained the concern doctors have over his health in potentially playing this weekend.

“The worry is where they cut open, they cut through muscle, obviously to get into your stomach. So you just wanna make sure that that’s healed properly before you get out there.”

It’ll be a race against the clock for Sunday’s game against the Cincinnati Bengals. Of course, the Steelers will be cautious and if there’s any medical hesitancy in Fitzpatrick playing, certainly if he isn’t medically cleared, the team will sit him.

But Fitzpatrick, like T.J. Watt, is a ridiculous athlete and those guys tend to heal quicker and better than the general public. Count on Fitzpatrick being the most anxious Steeler to hit the field. He last played in Week 8, arguably his worst game of the season, and then had the bye week off. If there’s anyone who wants to go out and have a good game, it’s him. Despite Mike Tomlin’s early-week optimism, that will be a judgment call that likely won’t be made until Saturday.

We’ll see how the team designates him on Friday’s final injury report. Odds are good the team will list him as questionable as they make a final evaluation over the weekend. If Fitzpatrick can’t play, Damontae Kazee will again fill in. Kazee made his Steelers’ debut and played well in relief, picking off a pass as he and Pittsburgh’s defense shut down New Orleans’ top offensive weapons.