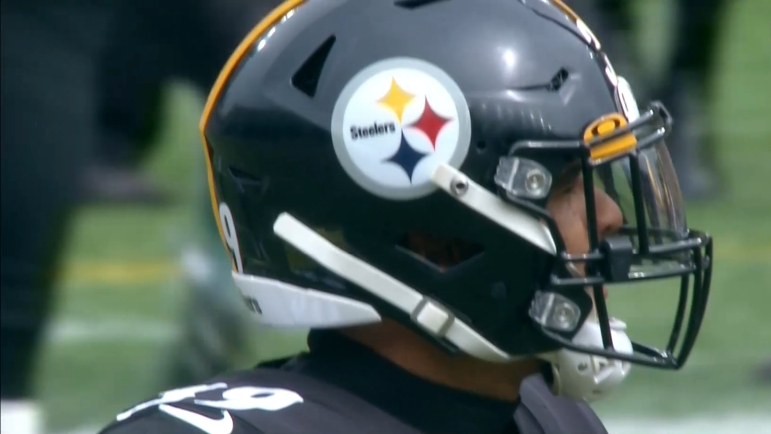 Mike Tomlin offered encouraging news on Pittsburgh Steelers’ safety Minkah Fitzpatrick. Speaking during his Tuesday press conference, Tomlin said he was optimistic about the chances Fitzpatrick plays this Sunday against the Cincinnati Bengals, just days after an emergency appendectomy.

Here’s Tomlin’s full comments as carried out by the team’s YouTube channel.

“Reports regarding Minkah and his inclusion this week are really positive. I know that he’s already been here and run today. I saw him Sunday at the stadium and Minkah wanted to play on Sunday. Obviously that wasn’t the appropriate thing to do but that’s just the mentality that he brings. Oftentimes when you’re talking about injury or being unavailable, coming back from lack of availability, your attitude has a lot to do with it. We are really optimistic about him.”

Fitzpatrick reportedly felt ill during Friday’s practice and soon after had surgery. ESPN’s Adam Schefter reported his likely target return date wouldn’t be until Week 12 against the Indianapolis Colts, two weeks from now, but Tomlin seems to giving Fitzpatrick a chance to play this weekend against the Bengals.

While Fitzpatrick has a chance to return, Tomlin said he would follow team doctors to ultimately decide whether or not he suits up.

“I’m just going follow the advice of the medical experts and communicate with Minkah.”

Should Fitzpatrick still sit, Damontae Kazee will continue to start in his place. If Fitzpatrick plays, the team could use more of its “big nickel” package with Kazee acting as the third safety to give Pittsburgh additional flexibility.

Tomlin’s comments track with our Dr. Melanie Friedlander’s recent article noting Fitzpatrick wouldn’t miss much time due to the surgery.

The Doctor Is In: Minkah Fitzpatrick Won’t Need to Miss Much Time

Beyond Fitzpatrick, Tomlin also noted a handful of other injuries ahead of Week 11.

Tomlin downplayed the significance of Dotson and Harris’ injuries and implied both would be ready for this weekend. Witherspoon has hardly played since injuring his hamstring in Week 3, only returning for a half of play in the team’s Week 8 loss to the Philadelphia Eagles, a game in which Witherspoon struggled. If Witherspoon doesn’t play, and frankly even if he does, Levi Wallace is expected to start at LCB.

The Steelers will host the Bengals this Sunday at 4:25 PM/EST. The game was originally slated for Sunday Night but was flexed last week.