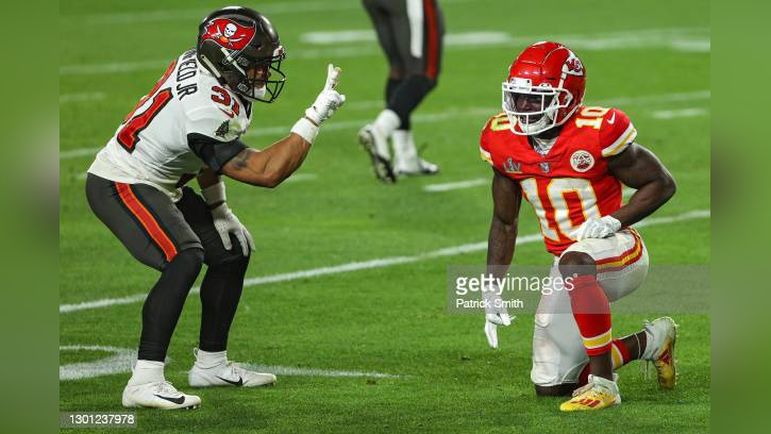 When it comes to the Tampa Bay Buccaneers, QB Tom Brady tends to receive most of the attention and praise. However, Tampa Bay’s defense has been one of the top units in all of football this year and is a major reason why the Buccaneers stand at 3-2. Certainly, the defense is loaded with talent and has many crucial players, but perhaps none greater than S Antoine Winfield Jr., who Pittsburgh Steelers head coach Mike Tomlin has a personal connection with.

“I coached his old man,” said Tomlin via The Mike Tomlin Show on the Pittsburgh Steelers’ YouTube channel. “There’s so much of his game that is reminiscent of his dad…he’s just a well-rounded football player. He’s a football player first and the position that he plays is kind of secondary.”

Winfield has led Tampa Bay to a strong defensive performance through the air this season, as they currently have given up the sixth fewest amount of passing yards through five games. While Winfield technically is a free safety, he plays an aggressive style of defense in a scheme that allows him to use his superb athleticism and instincts to roam around the field and make plays wherever help may be needed.

“[He] provides big time versatility within their defensive system,” explained Tomlin. “You’ll see him down as a safety, you’ll see him down in the box and around the line of scrimmage blitzing as a nickel…just can’t say enough about what he’s doing this year.”

The Steelers also have a similar type of star in their own secondary, S Minkah Fitzpatrick, who will unfortunately be held out Sunday due to a knee injury. Unlike Pittsburgh, the Buccaneers secondary is almost entirely healthy which will prove to be a difficult challenge on Sunday. Last week, the Buffalo Bills were missing almost their entire starting secondary and the Steelers were still unable to capitalize in the form of explosive plays downfield, and most importantly, points.

QB Kenny Pickett has been willing and shown ability to throw the ball downfield into tight windows but has fallen victim to a couple missed opportunities by receivers which make his statistics look worse than his play suggests. While the Buccaneers defense will most likely be the toughest unit the rookie has faced thus far, Pickett could make a strong statement if he is able to go toe-to-toe against Brady and pull off a win in his first home start.