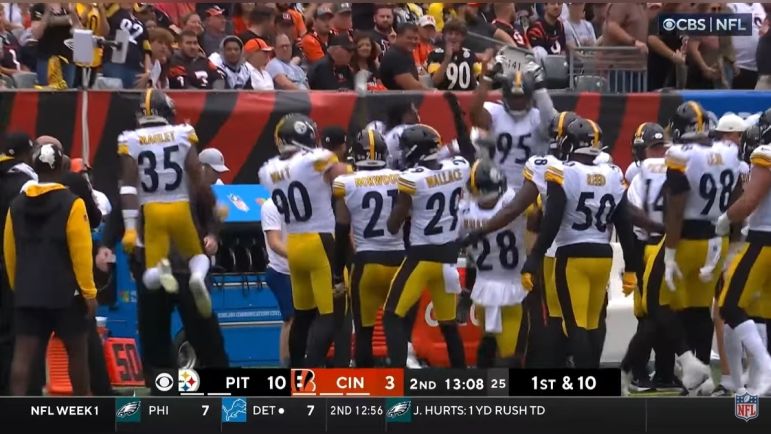 The Pittsburgh Steelers relied heavily on their defense last week against the Bengals to sneak out a victory in Cincinnati. The defense notched seven sacks, four interceptions, and five total turnovers against Joe Burrow and company, including an INT returned TD by Minkah Fitzpatrick to get Pittsburgh on the board early. The Steelers now welcome the New England Patriots to Pittsburgh and look primed to exploit the issues the Patriots currently have on offense.

The Dolphins’ defense forced three turnovers last Sunday against the Patriots, interception Mac Jones once while also getting a strip sack that was returned for a TD by former Steeler Melvin Ingram along with another fumble by WR Nelson Agholor. The Patriots ran the ball 22 times for only 78 yards (3.5 YPC) while throwing for only 213 yards on 30 pass attempts.

The Miami defense sacked Jones twice while adding two hurries, one QB hit, and five pressures with the hit likely resulting in the back injury Jones was diagnosed with following the game and has dealt with all week in lead up to Week 2.

This might have something to do with Mac Jones’ back hurting. pic.twitter.com/HfdhdDoRtc

Much has been made about New England’s offense going through notable growing pains this offseason and in the preseason as the team had both Matt Patricia and Joe Judge get shots at play calling duties. They have implemented changes to their running game this offseason specifically, going from a power run scheme in the past to more of a Shanahan-influenced zone scheme which the team is still adjusting to. Throw in the fact that the Patriots are still trying to get a feel for their passing game options involving Agholor, Davante Parker, Kendrick Bourne, Jakobi Meyers, Hunter, Henry, and Jonu Smith, none of those names strike fear into your heart like a Ja’Marr Chase might from last week’s matchup.

Given how the defense showed up in the regular season opener in Cincinnati, I would imagine that Pittsburgh’s defense could have another productive day on that side of the football in the home opener at Acrisure Stadium Sunday afternoon. They must account for outside runs via the toss and not allow a guy like Hunter Henry who has had success against them in the past get behind them down the seam, but Pittsburgh should be equipped to wreak havoc on New England’s offense in a similar way that the Dolphins did last week. Even with T.J. Watt out of the lineup, Pittsburgh has numerous players upfront including Cam Heyward, Larry Ogunjobi, and Alex Highsmith who have shown they can effectively get to the QB.

If the offense struggles again to get things going, the defense and special teams will be called upon once again to make the plays necessary to put Pittsburgh in position to walk out of their matchup with the Patriots 2-0 to start the season. Given how the unit looked last week against a dynamic Bengals’ offense and the issues currently plaguing the Patriots on the offensive side of the football, we could see another strong showing from this unit this weekend.