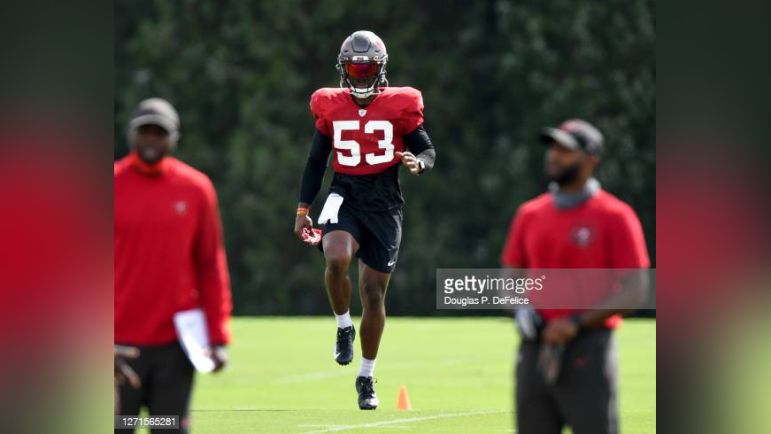 The Steelers have officially announced that they have signed defensive back Mark Gilbert, tight end Justin Rigg and linebacker Chapelle Russell to the practice squad. #Steelers #NFL

A former seventh-round pick of the Tampa Bay Buccaneers, Russell played his college ball at Temple. As a senior, he recorded 72 tackles (8.5 for a loss) with three pass deflections. Coming out of college, he missed in just one box, his three-cone, in our “what they look for” studies.

For his career, he registered 237 total tackles. Since entering the NFL, he’s appeared in 27 games, starting one, and recorded 18 total tackles.

The Bucs carried him his rookie season but waived him in January of 2021. The Jacksonville Jaguars claimed him and he primarily played on special teams this past season, though he saw nearly 100 defensive snaps. Jacksonville carried him on their offseason roster until final cutdowns.

The Steelers have officially announced 11 players on their practice squad. Defensive lineman Renell Wren is reportedly a 12th, meaning the team will have four more spots to fill. Check out our practice squad tracker for the rest of the list.