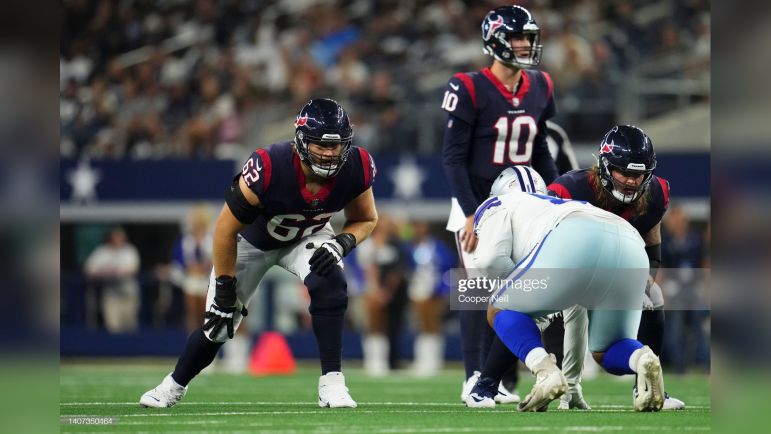 The Pittsburgh Steelers are exploring offensive line help far and wide. After signing Adrian Ealy to their roster Monday, the team also hosted Carson Green for a visit, according to the NFL’s official transaction wire via PFN’s Aaron Wilson.

Presumably, Green and Ealy visited the team, with the Steelers choosing to sign Ealy instead.

Green played his college ball at Texas A&M, going undrafted in 2021. Pittsburgh showed interest during the pre-draft process, then-assistant OL Coach Chris Morgan working him out at his Aggies Pro Day, but the team ultimately drafted teammate Dan Moore Jr. in the fourth round. Green signed with the Houston Texans last year and through the spring. The Tennessee Titans claimed him off waivers in June but waived Green last week as they trimmed their roster from 90 to 85.

In college, Green started 40 games seeing most of his action at right tackle. It appears he lost out to Ealy, who will try to make a run at a practice squad spot in the Steelers’ finale this Sunday. Rookie OT Jordan Tucker was released to make move for Ealy. Pittsburgh has overhauled the entire bottom of their offensive line room this summer.

Check out our scouting report on Green from a year ago. We noted his size and strength to stick at tackle that made him a draftable player.