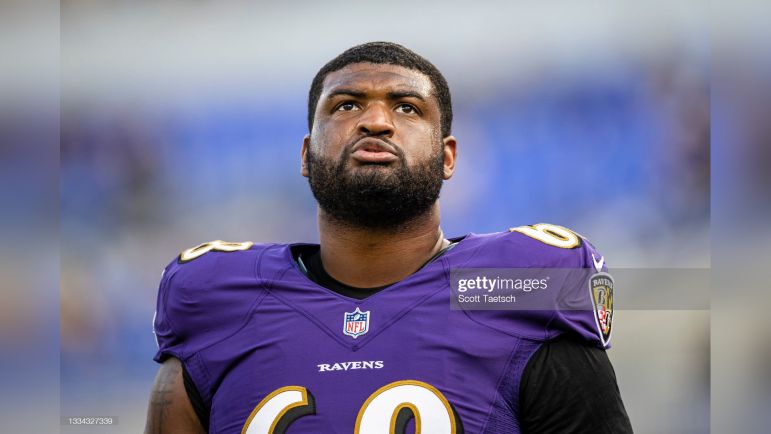 The Pittsburgh Steelers have reportedly made a roster move as they continue to overhaul their offensive line, signing OT Adrian Ealy. That’s according to the PPG’s Brian Batko, who noted it while inside the Steelers’ locker room this afternoon.

Steelers have a new No. 72 in the locker room. Adrian Ealy, undrafted last year out of Oklahoma, likely replaces UDFA rookie OT Jordan Tucker. No roster move announced yet.

As Batko indicates, #72 was previously worn by OT Jordan Tucker, an UDFA out of North Carolina. Tucker had struggled throughout the summer, though he survived the first wave of cuts last week. Ealy started 23 games for the Sooners in college, 22 of them coming at right tackle. He initially signed with the Baltimore Ravens after the draft and has bounced around quite a bit since playing for the Broncos, Packers, and two stints with the Ravens and the Rams. Most recently, the Rams waived him on August 16th. He graded out well last summer, but it wasn’t enough to stick.

“Ealy is a better run blocker than pass protector and will fit nicely in a Gap/Power run offense. He has the play strength and demeanor to move defenders or at worst form a wall difficult for defenders to get around.  He plays very high right now but that may be a result of what he is asked to do in college. His hands and technique needs to improve in pass protection to not allow his chest to be so open as pass blocker and his lateral agility may be an issue.”

Pittsburgh’s been aggressive about changing the bottom of its roster. Last week, the team released OT Jake Dixon, OG Chris Owens, and C Nate Gilliam, bringing in OG Bill Dunkle and C Ryan McCollum. Now, they appear to be swapping out Tucker for Ealy. The Steelers’ offensive line has struggled through two preseason games, and the Steelers are clearly looking to make some changes before the preseason wraps up.

The Steelers will have to make another round of roster cuts by 4 PM tomorrow, going from 85 to 80 players on their roster.