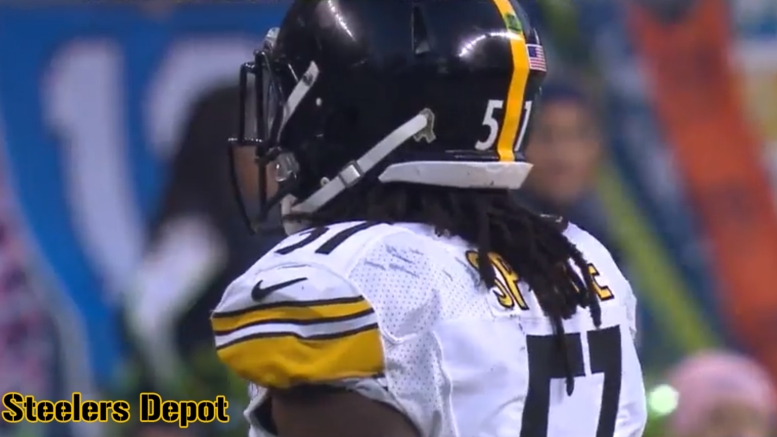 Part six of a series I’ll be exploring over the next several weeks. Kevin Colbert is calling it a career as GM, or de facto GM, of the Pittsburgh Steelers. His career has so much in it, running the team since 2000s. Lots of highs, two Super Bowls added to the trophy case, and the occasional low, but overall, a fantastic career for a – by all accounts – fantastic person.

Yes, Ayers appeared in only two games. Even for a seventh round pick, that isn’t great. But he’s done something most guys on this list haven’t achieved. Find the end zone. Ayers contributed real, actual points to the Steelers. Granted, it came in a relatively meaningless Week 17 game against the Cleveland Browns (back when those were season finales) to beat the Browns 27-24. Ayers’ fourth quarter touchdown broke a 14-14 tie, though the Steelers needed overtime to finish the job.

Ayers couldn’t make the team his second time around and has bounced between leagues since with other NFL clubs, the AAF, the IFL (briefly playing with Martavis Bryant) and CFL. This may seem high but if you find the end zone in the NFL, you’ve joined a relatively exclusive club. Since 2015, just 31.4% (11 of 35) of receivers drafted in the seventh round scored at least one touchdown. And I don’t believe all those came with their drafted teams, either.

Batch sits here for similar reasons as Ayers. Batch, though, played in 12 games, and carried the ball 25 times. He didn’t do a lot with them, just 49 yards, but he snuck over the goal line from one-yard out in a loss to the Tennessee Titans.

Batch bounced on and off the Steelers’ roster for the next two years before retiring and pursuing an art career.

Davis has appeared in 11 games in his first two years with the team, flashing a tiny bit along the defensive interior. A knee injury wiped out a large chunk of his sophomore season and he’ll have to fight hard for his roster spot in 2022. Still, he’s hung around, played a little bit, and that’s more than you can say for a lot of seventh round guys.

Buggs accomplished something a lot of late-round picks don’t do. Play in 29 games and start a chunk of them, seven to be exact. Six of those starts came in 2021 as the team scrambled to replace the injured Tyson Alualu. Buggs finished his Steelers’ career with 31 tackles, including a key fourth down stop on Lamar Jackson, but never recorded a sack.

His tape and actual play was poor and he was, frankly, a frustrating player to watch who made a lot of mental mistakes. Pittsburgh released him late in the 2021 season and he recently participated in Vikings’ rookie minicamp.

I know several in the comments have been asking where Dobbs is at. And some will argue he should’ve appeared on this list awhile ago. After all, he’s a fourth round QB who threw 17 passes and zero touchdowns and is no longer a Steeler. Not exactly great return on investment for a fourth round pick.

But there’s a couple special notes with the Dobbs’ pick. While he didn’t often see the field, he provided an important role on the Steelers’ sideline, functioning as a quasi-coach throughout his career and was even credited as the spark for playcalls that led to touchdowns/big plays. Don’t get that out of every draft pick.

Importantly for this list, Pittsburgh also got real draft pick value out of him, sending Dobbs to Jacksonville for a 5th round pick early in the 2019 season. In hindsight, that may have been a regrettable move with Ben Roethlisberger’s season-ending injury less than two weeks after the deal was done. But Pittsburgh used a fourth round pick on him, got a 5th rounder for him two years later, and then claimed him back on the roster when the Jags dumped him the following year. That’s good value! You don’t see Willie Reid netting the team a fifth round pick. So for all those reasons, and the fact Dobbs has/had some real NFL talent, he moves a decent ways up the list.

A seventh round pick who appeared in 32 games for the Steelers is pretty solid value. Paulson wasn’t particularly good and fumbled away the longest reception of his career, a 34-yarder against the Bengals that had a sour ending, but he played a fair amount on special teams and even caught a fake punt from Mat McBriar, which was pretty cool. You can revisit those clips by clicking here. If you’re a man that has that kind of free time to watch David Paulson highlights.

Spence is one of those ultimate “what could’ve beens.” That doesn’t impact his standing on here but still, you can’t help but wonder. Spence suffered a devastating knee injury late in his rookie year. You have to give him credit for getting back on the field at all, returning in 2014. He’d start 17 games over the next four years, including being brought back in 2017 after Ryan Shazier’s career-ending injury, totaling 90 tackles and three sacks. His play was often below the line and he was never the same player post-injury. He was a bit of a difficult player to rank.

Walton was, well he was there. 36 games, four starts, just 22 tackles. A ho-hum run stuffer who wasn’t that great at it, Walton gets props for playing out his rookie contract, relatively rare for such a late-round pick, but he was a rotational player and wholly replaceable. If WAR was a football stat, Walton would’ve logged a 0.0.

Like the rest of Colbert’s most recent class that’s played (so excluding the ’22 crop, of course), Johnson is hard to rank. His career though isn’t off to the sterling start Najee Harris and Pat Freiermuth are experiencing, though of course, those were higher draft picks.

Johnson was an afterthought his rookie year, logging just six snaps defensively and struggling to get a helmet on gameday. An injured foot late in the season didn’t help matters. He’s now part of a highly crowded off-ball linebacker room and there’s no guarantee Johnson makes the team out of camp. If not, he’ll certainly be considered one of Colbert’s worst fourth-round selections, though not the worst.

Dixon was by no means a great quarterback but for a fifth rounder, he accomplished something most didn’t. Start and win a game for the team that took you. Now, Dixon by no means was the catalyst for Steelers’ victories and he started out of necessity, injury and Ben Roethlisberger’s 2010 suspension. He’s credited with a 2-1 career record, though his second win came against Tennessee in 2010, a game he left early due to a knee injury after completing just four passes

Still, for a fifth round QB to throw a touchdown pass and win games for his team isn’t a small feat. It’s beating the odds. Of QBs drafted between the 5th and 6th rounds since 2005, only 12 of 57 of them (21%) have won multiple games as starters.

And – get this – of QBs drafted between the 5th and 7th rounds over the same timespan, Dixon is only one of two (!!) QBs with winning records. It’s hit and Tyrod Taylor (26-25-1). That counts for something, doesn’t it?

One of the few Pitt Panthers drafted in the Colbert era, Poteat fell somewhere between hit and disappointment. Closer to the latter than the former, Poteat never recorded a start as a defensive back and never picked off a pass in a Steelers’ uniform (in fact, he didn’t record a NFL INT until his age-30 season). The saving grace here is what he accomplished in the return game. He wasn’t elite but a starter in the punt and kick return game. He found the end zone once, a punt return score against Washington his rookie season.

Overall, Colbert probably didn’t feel great about picking Poteat but at least there was some value squeezed out of him in his three years with the team.

One of Colbert’s strangest draft picks, McCullers wasn’t here for a good time but he was here for a long time. Six years in Pittsburgh, 73 games, but only three starts. He never played more than 190 snaps in any one season and often, his snap count came in right around the 100-mark. A mountain of a man, he played too timid, and lacked athleticism to move down the line or get after the QB. Javon Hargrave passed him up with lightning speed after being drafted. McCullers became the invisible backup and had just 41 tackles in his Steelers’ career. But you won’t find a lot of sixth rounders last six years. Pure staying power pushes him into the mid-80s.

Of the 2014 6th round class, the only non-specialists to appear in more games than McCullers 76 (for this stat, I’m including his brief time in Chicago) are OL Zach Fulton and Matt Paradis.

As you guys requested, I have added the round each player was taken in recapping my list below.