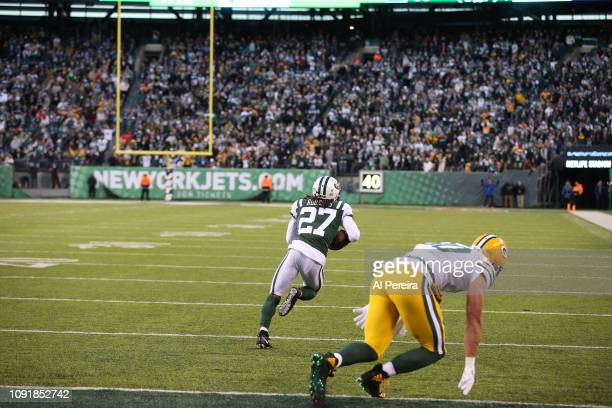 So far we have looked at OLB/EDGE players, tight ends, safeties and tackles that could be on roster bubbles this year. This week we’re going to look at cornerbacks.

The Steelers will be without two major players from 2020 with Steven Nelson being released to open up cap space and Mike Hilton electing to move on in free agency. Joe Haden returns to start on the outside with Cam Sutton in line to take over for Nelson. James Pierre and Justin Layne are the top candidates to back up on the outside.

Through the draft and free agency the Steelers have added a gaggle of defensive backs to compete for roster spots that include DeMarkus Acy, Shakur Brown, Mark Gilbert and Stephen Denmark.

For this I am thinking each team will carry at least six cornerbacks, five on the active roster and one on the practice squad. I focused on factors such as snap counts, the number of games they suited up for and overall depth of the position from unofficial depth charts that included new additions through free agency and the draft. Affordability was also a factor so you won’t see any big names on here.

Each of these players would be capable of fighting for the nickel or outside corner positions. I added some links to clips to show you them in action.

Perry played his college ball at Iowa State but was known as Jomal Wiltz back then (he changed his name in 2020).  He started his career at Trinity Valley Community College before moving on to Iowa State. In his two season as a Cyclone he totaled 90 tackles, 60 solo, two tackles for a loss, half a sack, two interception and 17 pass break-ups. He was also a member of the track team, running on the 4×100 relay team.

Perry initially signed with Philadelphia as an undrafted free agent after the 2017 draft. After being cut he moved onto the New England Patriots’ practice squad for two seasons. He signed with Miami in 2019 and in two seasons has played 27 games with seven starts, tallying 84 tackles, 55 solo, two TFLs, one INT and seven passes defensed. He has played 738 snaps on defense, primarily in the slot, and 339 on special teams, but also played some safety.

Howard and Jones will start on the outside with Igbinoghene and McCourty being the depth. Needham took over the starting slot position last year and Coleman is a veteran with slot experience. Bonds is a former Baltimore Raven who also profiles as a slot player.

Dawson was a second round pick out of Florida by the Patriots in the 2018 NFL Draft. As a Gator he had 81 tackles, 56 solo, 6.5 TFL, six INTs, three returned for TD’s, 17 pass breakups and two forced fumbles. He was part of talented defensive backfield and earned All-SEC honors.

His first and only season with New England was a washout, spending time on injured reserve with a hamstring issue and being inactive for the rest of the season. Prior to the 2019 season he was traded to Denver for a sixth round pick. In two seasons with the Broncos he has played in 26 games with four starts, making 27 tackles, 17 solo, breaking up two passes and recovering one fumble. Dawson’s 2020 season ended early with an ACL injury. He reportedly had a pre-draft visit with the Steelers.

The Broncos have made several additions to their defensive backfield, signing Fuller and Darby and drafting Surtain. Callahan was brought in last year and can play inside or outside, and Ojemudia enters his second season after a promising rookie year. Bassey played well in the slot last season and the also drafted Kary Vincent Jr. who can play in the slot. The depth along with Dawson’s injury could make him expendable this summer.

Hairston played collegiately at Temple University and was a wide receiver in his first two seasons before switching to the other side of the ball. In two seasons on defense he totaled 40 tackles, 31 solo, three tackles for a loss, two interceptions and six pass break-ups.

In the 2017 draft he was chosen by the Indianapolis Colts in the fifth round and spent two season there, playing in 27 games with 11 starts. In 2019 he was traded to the Jets for a sixth round pick and spent over a season there, playing seven games before being cut in October of last season. He was then picked up by the Ravens before moving on to Denver. His career totals are 43 games with 17 starts, 95 tackles, 77 solo, five TFL, two sacks, two interceptions and nine pass break-ups.

Hairston has experience in the slot and outside, but like Dawson faces an uphill battle with all the new additions in Denver.

Wreh-Wilson played his college ball at UConn and put up some big numbers in his four seasons. He accumulated 180 tackles, 131 solo, three TFL, half a sack, eight interceptions, returning two for touchdowns, with one fumble recovery.

He was drafted in the third round by Tennessee and spent his first three seasons there, playing in 34 games with 14 starts. He was cut prior to the 2016 season and was signed by the Atlanta Falcons were he spent the last five seasons. He signed with the Raiders in June. In his career he has played in 75 games with 17 starts with 132 tackles, 109 solo, two TFL, four interceptions, 28 pass break-ups and one forced fumble. The Steelers brought in Wreh-Wilson for a pre-draft visit and when he was cut in 2016, Dave Bryan suggested the he might be attractive to the Steelers.

The depth is good in Las Vegas with Mullen and most likely Hayward starting, with Arnette providing young depth and Douglas being the veteran. Lawson is suspended for the first two games but will be a factor on defense and Hobbs was a fifth-round pick this year. The Steelers don’t make it a habit of signing defensive players over 30, but this could be a good season to make an exception.

Wilson is the second former Gator on this list. He spent three seasons in Gainesville leaving after his junior season. In three years he had 81 tackles, 47 solo, 4.5 TFL, one sack, six interceptions with one for a touchdown, 14 pass break-ups and one forced fumble.

He was selected by the Colts in the second round and didn’t quite live up to lofty expectations. He spent three seasons there, playing in 29 games and making 10 starts. Last April he was traded to the New York Jets for a sixth-round pick and he spent one season there playing in just three games with one start. Total career stats include 32 games, 11 starts, 62 tackles, 49 solo, three TFL, two interceptions, eight pass break-ups and one fumble recovery.

The Giants added Jackson who, if he can find his form, will start opposite of Bradberry. Holmes had a promising rookie season and Yiadom is outside depth. Robinson can play inside or outside and Williams was a Day 3 selection that can play on the outside. Wilson is best on the outside and will have plenty of competition in New York. Here is Alex Kozora’s draft report on Wilson.

Roberts was a four-year player at Marshall and an All-Conference USA selection his senior year. Snubbed from the Combine, he put up impressive Pro Day numbers with a 39-inch vertical, 23 bench press reps and 40-yard runs of 4.36 and 4.39 seconds. In his career he had 186 tackles, 122 solo, 10.5 tackles for a loss and one sack, five interceptions, 32 pass break ups and one forced fumble.

He was a seventh-round pick by the Patriots in 2015 and spent his entire rookie season on injured reserve with a wrist injury. Released in 2016 he was claimed the next day by the Jets and spent the next four seasons there, playing in 56 games with 26 starts. He spent the 2020 season in Detroit before signing with Washington this year.  Overall he played 67 games with 31 starts with 211 tackles, 189 solo, five TFL, four interceptions and 33 pass breakups. Roberts can play inside, outside, and has played some safety as well, and has shown good ball production in each season. He also had a pre-draft visit with Pittsburgh.

Fuller and Jackson will be the starters on the outside. Moreland is a good slot corner and Johnson can play there as well as being a very good kick returner. St. Juste is a promising rookie and Stroman a good athlete with starter potential.

Jackson spent three seasons at Iowa that culminated in a being names as a Consensus First Team All-American after his junior season. He spent some time at WR as a freshman but then shifted to the defensive side of the ball. He played in 29 games with 14 starts totaling 66 tackles, 52 solo, 1.5 TFL, eight interceptions (all in his junior season), returning two for touchdowns, and one forced fumble.

He was a second-round pick by the Packers and has not lived up to the expectations. In his three seasons he has played in 43 games, starting 15. In 2020 the majority of his playing time came when King was injured, and then he was inactive for four of the final six regular season games and both playoff games. His stats include 86 tackles, 71 solo, two TFL, 12 pass break-ups and one fumble recovery.

Alexander and King are expected to be the starters and Stokes is a highly regarded rookie. Sullivan played well in the slot and Hollman can play there, as well. Jean-Charles projects as an outside corner. Jackson may get a new chance with the change a defensive coordinator, but based on last year he could be on his way out of Green Bay.