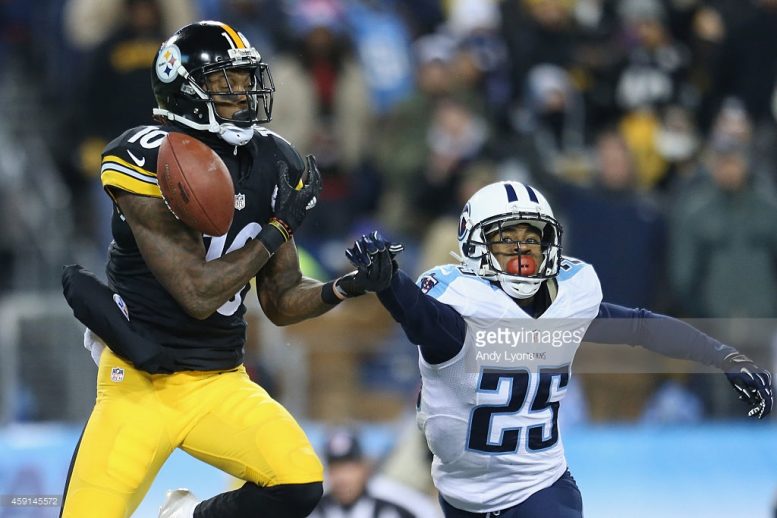 Between now and the start of the 2016 regular season, it wouldn’t come as a shock to see the Pittsburgh Steelers add another young defensive back to their roster much in the same way they did last year at this same time when they signed cornerback Ross Cockrell following his release from the Buffalo Bills. While it is unclear as to who the Steelers might be potentially eyeing during the recently started roster cuts around the league, one player who was waived Monday by the Tennessee Titans might certainly have their interest.

Cornerback Blidi Wreh-Wilson is the player the Titans parted ways with as the former third-round draft pick out of Connecticut quickly fell out of favor with Tennessee and defensive coordinator Dick LeBeau. During his first three seasons in the league, Wreh-Wilson registered 90 total tackles, 14 passes defensed, 1 interception and 1 forced fumble in the 34 regular season games that he had played in.

Recently, the Titans attempted to look at Wreh-Wilson as a safety, but it’s obvious that move was one last-ditch effort to see if he was worth salvaging.

Strangely enough and probably not very shocking being as LeBeau was still the Steelers defensive coordinator the year Wreh-Wilson was drafted, the Steelers brought the Connecticut product to Pittsburgh for a visit just prior to the 2013 NFL Draft. That’s worth noting, however, as they did the same with Cockrell prior to the 2014 NFL Draft.

While certainly not guaranteed to ultimately happen, the fact that Wreh-Wilson has NFL experience might be enticing to the Steelers, who currently need depth at the cornerback position with Senquez Golson now sidelined with an injury and rookie Artie Burns slow to develop so far during training camp and the preseason. He will be one of the many young cornerbacks who will be unemployed in the coming weeks that the Steelers might have interest in signing to their roster.

At the 2013 NFL Scouting Combine, Wreh-Wilson measured in at nearly 6-1, 195-pounds and he reportedly ran a 4.53-second time in the 40-yard dash in addition to registering a 36-inch vertical jump and doing 14 reps on the bench press. His short shuttle was timed at 4.12-seconds and he registered a broad jump of 10’08”.