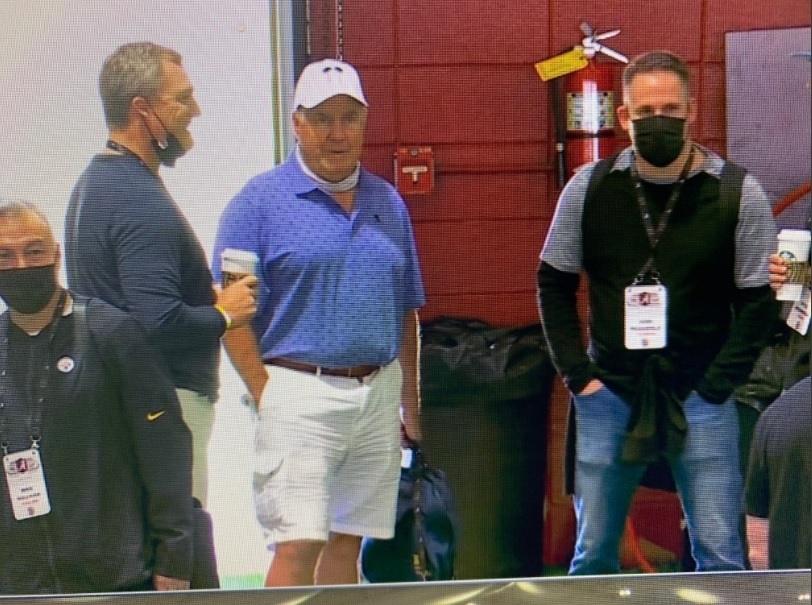 The AP’s Andrew Groover snapped this photo of Bill Belichick. But you can see Sullivan on the left side of the frame.

Sullivan was hired to be the team’s new QB coach after Matt Canada was promoted from that role to offensive coordinator.

UPDATE (2:28 PM): RBs Coach Eddie Faulkner is also in attendance to check out Najee Harris. Kudos to Chad for nailing this one down.

Jones is throwing again for scouts after doing so last week. Reportedly, today’s workout is designed to show Jones make more throws on the run, highlighting his athleticism and off-platform agility after mainly being a pocket passer with the Crimson Tide. While testing at his first Pro Day, Jones put up decent athletic scores.

A one-year starter at Alabama, Jones had a tremendous 2020 season. He threw for exactly 4500 yards with 41 TDs to just four interceptions.

Our scouting report came away very high on Jones’ game, praising him for his accuracy, RAC throws, and mobility inside the pocket.

Though Jones and the top of this quarterback class are expected to be off the board very early, the Steelers are doing their homework on the position. Justin Fields is throwing at Ohio State today. It appears Matt Canada is in Texas to watch A&M’s Kellen Mond. And now Sullivan is in Alabama for Jones.

Check out our report on Mac Jones below.