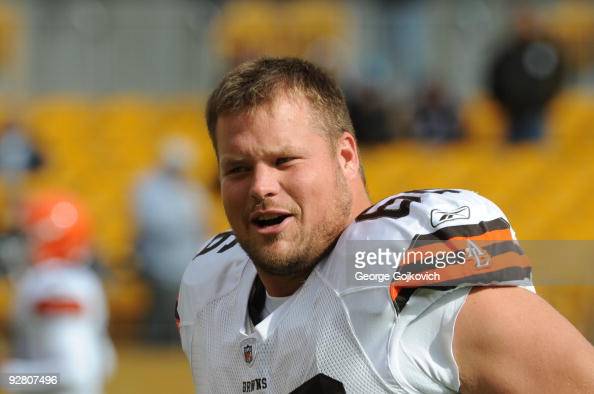 The Pittsburgh Steelers reportedly are bringing in Hank Fraley to interview for their offensive line coach vacancy, according to NFL Network’s Tom Pelissero.

The #Steelers are interviewing Hank Fraley for their offensive line coach job Thursday, per source. Fraley — a onetime Robert Morris standout who originally signed with Pittsburgh as an undrafted free agent in 2000 — held the same job with the #Lions last season.

As Pelissero’s tweet indicates, Fraley previously served as the Detroit Lions’ offensive line coach in 2020. He was let go as a new regime comes in to replace Matt Patricia and Bob Quinn.

Fraley’s football career briefly began with the Pittsburgh Steelers, signing as a UDFA in 2000. He found his NFL footing with the Philadelphia Eagles, starting 71 games from 2001 to 2005 before having a successful career with the Cleveland Browns from 2006 to 2008. He finished his career with the St. Louis Rams in 2010.

As a coach, Fraley got his start with San Diego in 2012. He held the same position with San Jose State the following year and received his first NFL coaching gig in 2014, spending three seasons as the Minnesota Vikings’ assistant offensive line coach. He returned to college in 2017 as UCLA’s o-line coach (replacing current Steelers’ assistant coach Adrian Klemm) before jumping back into the NFL with the Lions since 2018. He initially served as an assistant coach before being promoted to full-time duties in 2020.

Fraley has the mix of Steelers’ ties with plenty of NFL playing and coaching experience. The Steelers saw the benefit of that with Mike Munchak and are clearly eyeing a higher with a similar resume (though few can touch Munchak’s Hall of Fame accomplishments).