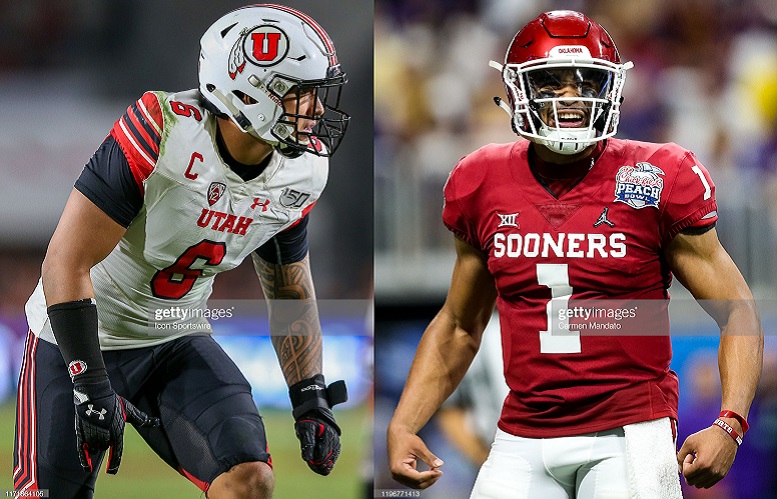 Chad Reuter of NFL.com unveiled yet another three-round 2020 NFL Mock Draft on Friday and in his latest offering he has the Pittsburgh Steelers once again going edge-rusher in the second round and quarterback in the third-round.

In his four seasons at Utah, Anae registered 29.5 total sacks with 13 of those coming this past season. He also had five forced fumbles during his college career. While most of his college career Anae played with his hand on the ground at the snap, he did stand up some and also dropped into coverage very occasionally. At the NFL level, Anae will have to develop a lot more as a run defender and especially when it comes to setting the edge. Anae was a team captain for Utah in 2019 and also a Senior Bowl participant.

The Steelers potentially selecting an edge-rusher early in this year’s draft is a possibility and especially if the team decides not to place the franchise tag on outside linebacker Bud Dupree in the coming weeks. Steelers general manager Kevin Colbert said recently that he likes the depth of this year’s edge rusher class, so take that comment however you want to.

Just as he did in his previous two three-round mock drafts, Reuter again has the Steelers selecting Oklahoma quarterback Jalen Hurts in the third-round, 104th overall, a projected compensatory draft selection.

As I previously wrote, Hurts, who measured in at the scouting combine at 6010, 222-pounds, started his college career at Alabama originally. He transferred to Oklahoma after the 2018 season as a graduate following him losing the starting quarterback job at Alabama to Tua Tagovailoa.

During his entire college career, Hurts completed 682 of his 1,047 total pass attempts for 9,477 yards with 80 touchdowns and 20 interceptions. Hurts also rushed for another 3,274 yards and 43 touchdowns on 614 total carries during his college career that included him playing in 56 total games.

Personally, I view Reuter constantly mocking a quarterback to the Steelers in the third-round quite preposterous. In fact, it’s very unlikely that the Steelers select a quarterback at any point during this year’s draft based on everything that Colbert, head coach Mike Tomlin and team president Art Rooney II have said so far this offseason. The team seems very comfortable with the quarterbacks currently under contract with the team and with Mason Rudolph being the backup behind starter Ben Roethlisberger.