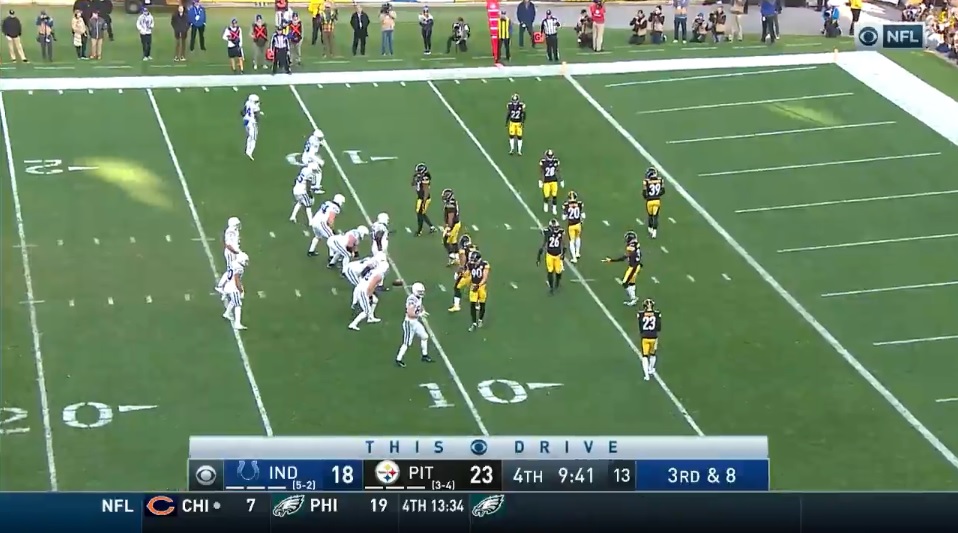 A few weeks ago, I made a simple, logical plea. If the Pittsburgh Steelers want to use their dime defense, and there are very good reasons to do so, Cam Sutton and Mike Hilton need to be on the field. Not Kam Kelly.

Using dime for the first time since the bye week, that’s exactly what they did Sunday versus the Colts. Dime has still been a rare package, trotted out there just three times, all in the fourth quarter, but it had Sutton and Hilton on the field.

Hilton was the nickel corner with Sutton playing the dime/rover role. 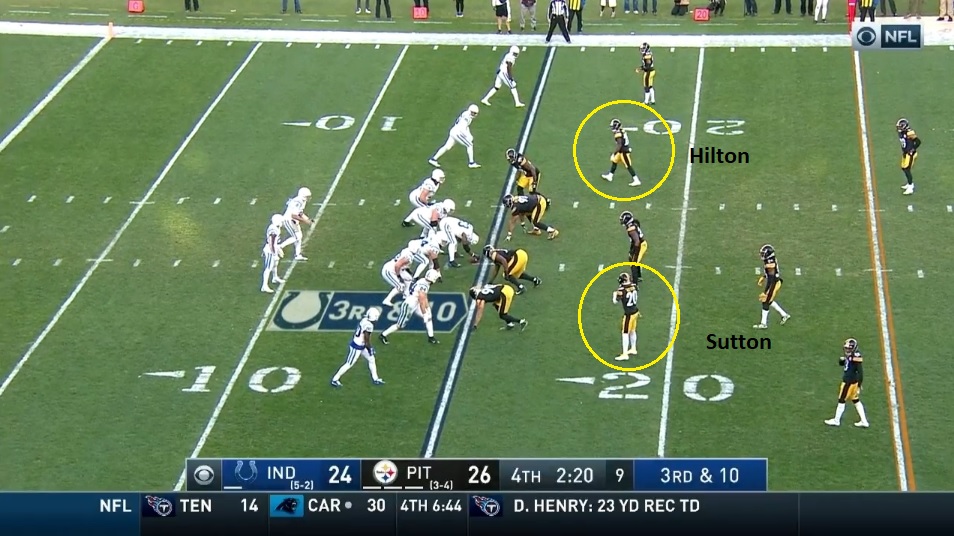 This is all about putting the best player on the field. Until Sunday, in dime, the Steelers would use Sutton at Hilton’s expense, taking him off the field. When it comes down to Kelly vs Hilton and who the more valuable asset is, there’s a clear victor. Run defense, coverage, physicality, experience, trust, Hilton runs up the score.

As we wrote at the time, this wasn’t a radical shift. Neither play, Hilton nor Sutton, would be put in a role they couldn’t handle. Both function well in the middle of the field with tons of experience in the slot and both receiving time at safety. In obvious pass situations where the run game isn’t a worry, having Sutton function as that dimebacker leaves little downside.

Sutton and Hilton have played too well to be taken off the field, especially in critical situations like third down. Sunday, all three situations were successful. Brian Hoyer was forced to scramble on 3rd down, though picked up six thanks to Cam Heyward bizarrely missing a sack, Hoyer was forced to checkdown for a gain of nine on 3rd and forever, and the last use of dime resulted in an incompletion to Zach Pascal, the one which ended with the questionable DPI call on Steven Nelson. Still, in those moments, Sutton and Hilton did their job.

If and when Sean Davis returns, there will be a strong case to make him the new dimebacker. That’s probably what will happen, sending Hilton back to the bench. But for now, what the Steelers have adjusted to is clearly the right decision. The only thing I’m wondering is how it took this long for them to reach such an obvious conclusion.