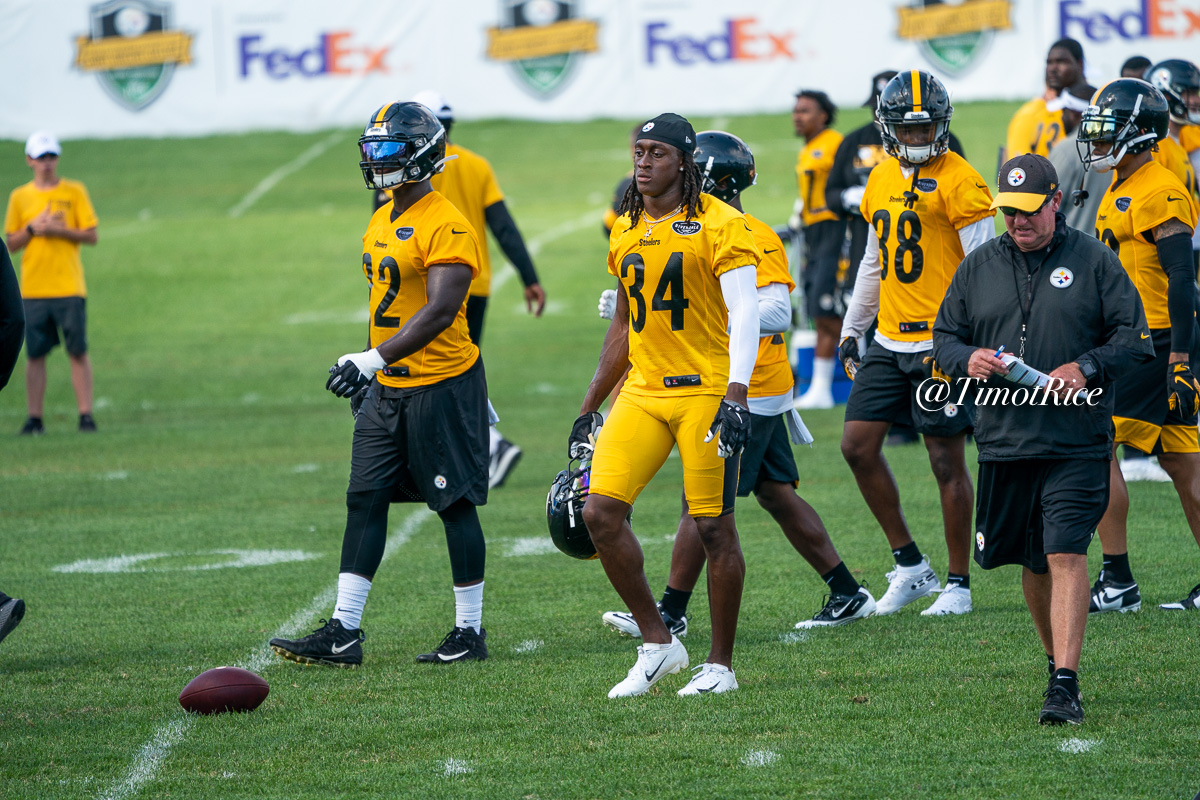 For the rest of the preseason, we’ll give a recap, position-by-position, player-by-player of what I saw during the 2019 Pittsburgh Steelers training camp and preseason games. Finishing out this group with the corners and safeties.

Cam Sutton: One of the most impressive players in all of camp, he’s grown in every area of his game. Run defense and physicality are the top two aspects of his game where he’s improved. Seeing a much more impactful hitter. He’s gotten work in dime packages, first as the dimebacker, then in the slot replacing Mike Hilton. Valuable depth and I think he’s turned the corner. Hard to know exactly how much he will play and in what packages but when he’s out there, he shouldn’t be a liability. Really impressive summer.

Terrell Edmunds: One of the stars of the summer. Totally different dude than a year ago. Much quicker processor and he’s now able to play to the athleticism that got him drafted because he’s not thinking anymore. In elite shape, showing more playmaking ability, and he’sin store for a big sophomore season. Just wish the Steelers would remove him from covering kicks and punts. Silly at this point for your starting safety.

Kameron Kelly: Carried over his spring buzz just as Hilton did in 2017. He’s now a lock to make this team and will be out there with the Steelers’ defense in some capacity. Slot corner against heavy, 12 personnel when Keith Butler still wants to run nickel. Dime defender as the FS, sliding Sean Davis down. Not a tremendous athlete but takes good angles, a forceful tackler, with ball skills and lots of energy. Good find by this front office.

Steven Nelson: Twitter had a field day with his struggles the first two days but those were in shorts and shells and nothing to get worked up about. But he predictably improved the rest of the way and wound up tying for the team lead with three picks in camp. Played especially well against the Tennessee Titans, comfortable in man coverage and seemingly worth the money they paid for him. Still, once the regular season starts, understand he’s a bit feast/famine and will give up the occasional big play.

Artie Burns: Another strong camp for Burns. Struggled a bit Sunday night against the Tennessee Titans but like usual, he put in an impressive summer performance. Going to make the team and should be the top backup at both CB spots. And a starting gunner on the punt coverage team. Let’s just hope his tape finally carries over to the regular season.

Mike Hilton: Nice to see Hilton healthy this year. A strong camp though the improvement of Cam Sutton and emergence of Kam Kelly may limit his snap count. But he looks good and his run defense and timing as a blitzer out of the slot are near tops in football.

Sean Davis: Missed most of camp with a finger injury. Did get to play a lot against the Titans and did well. Should be much more comfortable in his second year at free safety. A fine preseason, even if it wasn’t anything to write home about.

Jordan Dangerfield: Bit of a quiet start but picked things up. More of the same from him, really. Energetic. Hard hitter. Reliable tackler. If there’s a pile, he’s jumping on it. Still fighting off Marcus Allen though, who is making a late push.

Marcus Allen: Had a quiet start and for a two week stretch, his spot on the 53 was in extreme doubt. But he’s played the last two weeks and forced a pair of fumbles. He isn’t known for being that core special teamer like Dangerfield, in part because he was inactive most weeks a year ago, but he can be an asset there and is a trustworthy tackler in his own right. Finishing strong and that’s important.

Justin Layne: Took his lumps, especially in the opener against Tampa Bay, but that’s to be expected. He’s raw, lacking strength and technique in stopping the run. But he’s got “want to” as a tackler and did well defending the ball vertically. Consider 2019 a redshirt year, when healthy, he should be inactive, but we’ll see what progression he makes next year.

Dravon Askew-Henry: Best thing he has going for him is his versatility. Can play safety and slot corner. Helped maximize his playing time and not get stuck at the log jam at safety. Not sure I see a special trait, a decent athlete who can click and close, but the ability to wear multiple hats is a good way to stick around for a bit.

Marcelis Branch: Heavy hitter, that’s for sure. But that’s pretty much where the conversation begins and ends. Haven’t seen much else in his game. Only played safety after seemingly having a little corner/safety versatility in his college resume. The Steelers’ website even still lists him as a corner.

Trevon Mathis: Mathis was added in the middle of camp when there were multiple injuries at the position. He’s only average size and athleticism but works hard in the run game and hasn’t looked last out there, even though his first game came before his first practice with the team. Got kept over Jermaine Ponder when the lines got healthier. Outside chance for the practice squad but even if he makes it, it could be a short stay.

PJ Locke: Disappointed he never laid someone out like I thought he would based on his Texas tape. Playing time was inconsistent and at best, he’s looking for a practice squad spot. Odds aren’t great.

Joe Haden: Haden had his hands full with JuJu Smith-Schuster early on in camp and then suffered a foot/ankle injury that’s kept him out ever since. But he’s still the #1 corner and should have at least two more years of that title. Now it’s about waiting to see if he gets his contract extension. All signs point to it still happening, even if it’ll be at the last second.