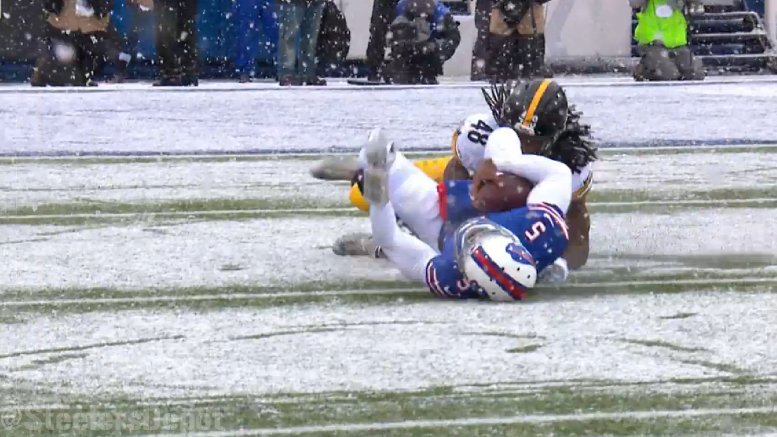 Up sixteenth in this series is a 2017 preview profile of outside linebacker Bud Dupree.

Intro: Unfortunately for Dupree, his 2016 season didn’t go as planned as a sports hernia that required surgery ultimately led to him being placed on the team’s Reserve/PUP list ahead of Week 1. After missing the first nine games of the regular season, Dupree made his 2016 debut in Week 11 and played in every game moving forward. In Week 14, Dupree finally started to hit his stride and he registered 2.5 sacks against the Buffalo Bills. He would go on to add two more sacks in the team’s final two regular season games. His final regular season stat line included 24 total tackles, 4.5 sacks, one pass defensed and one forced fumble.

Current Strengths: Dupree’s biggest strength to date is his quick get-off as a pass rusher as he has a great first step in addition to a great ability to anticipate the snap of the football. He also moves well out in space when asked to drop into coverage. He can stretch out runs properly to his side in addition to being able to chase down athletic quarterbacks on the move.

Current Weaknesses: Dupree is still developing as a pass rusher and thus he still lacks a full arsenal of moves and counters. While we did see some improvement in his ability to bend and turn the corner last season, he could stand to develop more ankle flexibility and ability to flatten out if at all possible. He also needs to get stronger at the point of attack when defending against the run and setting and protecting the edge.

2017 Outlook: Now seemingly fully healthy again, Dupree will be expected to take a big step forward in his development as both a pass rusher and run defender in 2017. We’ve seen a few signs and stretches of promise over the course of his first two seasons in the NFL and hopefully he can be more consistent now in all phases of his game in 2017. Dupree stands to see the most playing time of his career in 2017 and thus one would think and expect him to come close to double-digit sacks in addition to providing several more quarterback pressures. In short, it shouldn’t be hard for Dupree to have a career year based on the fact that his second season was interrupted by injury and his rookie season included him platooning quite a bit on the left side.