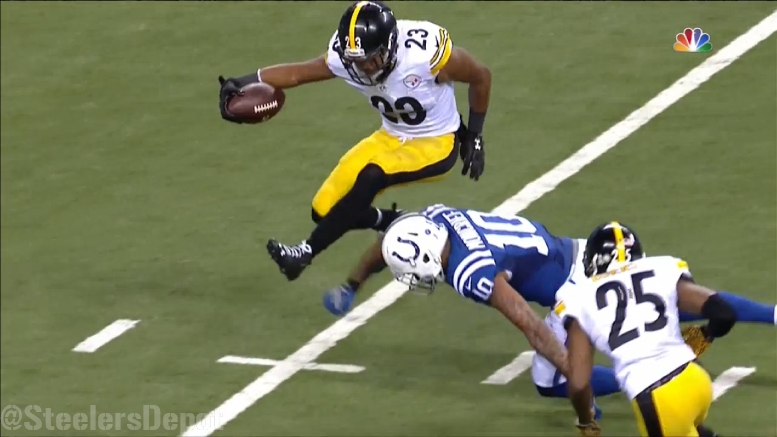 Up seventh in this series is a 2017 preview profile of safety Mike Mitchell.

Intro: Mitchell has now played three seasons in Pittsburgh and has yet to miss a game. Last season, the Steelers veteran safety had to help the defense navigate the through the implementation and development of two rookies in cornerback Artie Burns and fellow safety Sean Davis. Mitchell recorded 77 total tackles last year during the regular season in addition to nine defensed passes, one interception and a fumble recovery. He added a sack and a forced fumble during the team’s playoff run in addition to tallying another 18 total tackles.

Current Strengths: Mitchell remains one of the hardest hitters in the league in the middle of the field and that long-standing reputation can often be seen in the actions of receivers entering that area of the gridiron with a pass coming their way. Only eight other safeties had more pass breakups than Mitchell had last season. He has a great knack for separating ball from player and at the very least, delivers big hits following catches that aren’t soon forgotten. Mitchell is a willing run supporter even when lined up deep. He’s a very passionate player as well and his leadership in the back end of the defense related to getting other members of the secondary lined up correctly should also not go unnoticed as is the fact that he has always been willing to play through injuries, which is something that isn’t often discussed.

Current Weaknesses: If you want to knock Mitchell in one specific area, you can likely point to him failing to make many splash plays, forced turnovers specifically, since arriving in Pittsburgh. He also occasionally takes poor angles both in coverage and after a catch is made in the secondary. Additionally, he probably misses more tackles than most like to see out of a player who often times is the deepest defender on the field.

2017 Outlook: During his time in Pittsburgh, Mitchell has averaged 76 total tackles, 7 passes defensed and just over one interception and one forced fumble a season and with a seemingly improving and more experienced Steelers secondary, combined with hopes that the defensive pass rush also makes improvements in 2017, the veteran should be able to increase his splash play totals by a few this upcoming season. When it comes to total tackles, it can be deceiving stat when it comes to safeties as more isn’t necessarily a good thing. Instead, quality tackles resulting in unsuccessful plays and especially ones that prevent excessive yards after the catch need to be focused on.