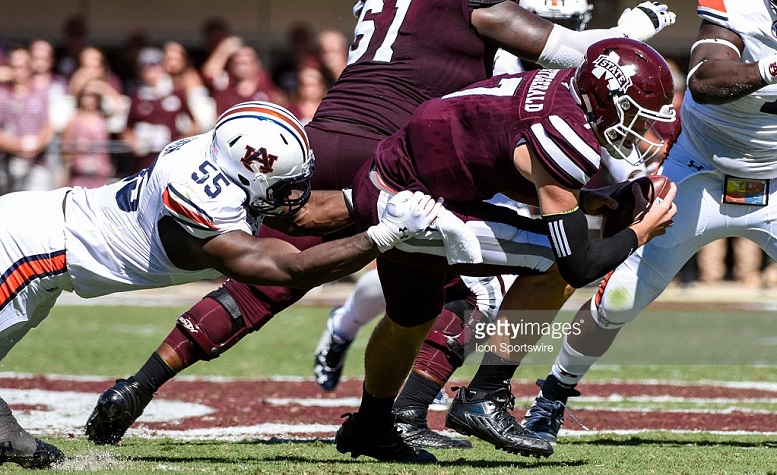 While Alex Kozora has already profiled Auburn edge rusher Carl Lawson on the site for you, I thought I would take some time to study him more in depth myself being as he certainly is a potential target of the Pittsburgh Steelers in the 2017 NFL Draft.

During my extensive game study of Lawson going back to the 2013, I clipped all of his career sacks and compiled them into one video for you to see. In the 34 total games that Lawson played in at Auburn, he registered 14 total sacks. Included in that number, however, is four half sacks.

I plan on attempting to make more of these sack compilation videos for several more of the top edge rushers moving forward into the offseason and while I certainly won’t be able to find all of them for every player I focus on, I should be able to find a large majority of them in order for you to judge for yourself the quality of them.

Feel free to comment on Lawson’s sack compilation below.