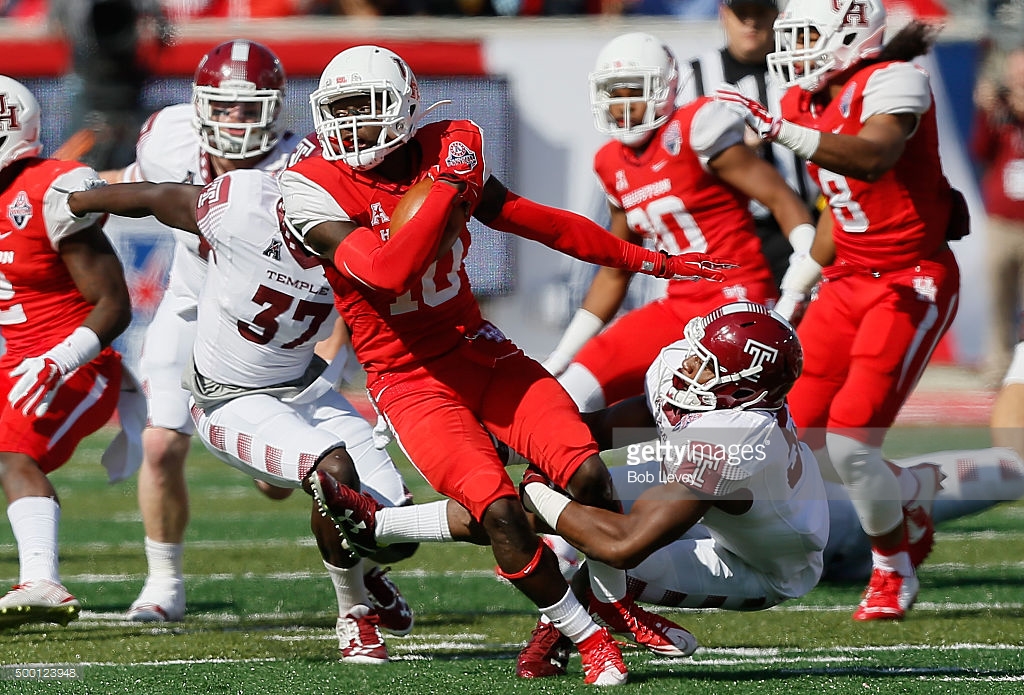 The first of seven Pittsburgh Steelers’ rookies have signed today. The team has inked 7th round pick Demarcus Ayers to a four year contract, according to Aaron Wilson.

Contract details have not been announced but under the new CBA and rookie slotting, we have a good idea of what the terms will be. Dave Bryan wrote the other day that Ayers should come in with a cap charge of $469, 913 for his rookie year.

Ayers should get more, according to Dave, who believes it will be a 4 year/$2.419 million deal with just under an $80K bonus.

Out of Houston, he was drafted to give strong competition as a punt returner. That will be his only path onto the roster.