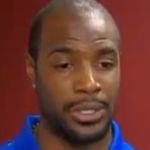 Matt Mitchell of KVUE in Austin, Texas recently caught up with Steelers wide receiver Limas Sweed a few days ago as he looks to make the Steelers 53 man roster this season after he missed the entire 2010 season due to a torn Achilles that he suffered last offseason.

Sweed told Mitchell he has been looking to get healthy instead of putting his two cents worth into the recent lockout negotiations and said, “You never want to rush back from an injury and the more time you have to work on your injury, work on your skills and your craft the better. So really this lockout to me has been a blessing in disguise.” Sweed later said, “Having the injury and all, I just wanted to focus more on me as I have enough battles to fight on my own to get back out there on the field and I believe it\’s going to come to an end pretty soon.”

When asked about how ready he is to get back to work when the lockout ends, Sweed said, “It\’s just not the same, you know you\’ve been doing this all your life, so you’re use to doing something around this time and guys are starting to get an itch and as far as me myself, I’ve sat out a year longer than everybody else. So a year on top of the lockout, it has me anxious and ready to go prove what I\’m made of.”

As far as where Sweed is health wise, he told us back in late May on the Terrible Podcast that he has his explosion back and is back 110%. Sweed is entering the fourth and final year of his contract and looks to be in a battle for the 5th receiver spot during training camp. His path could get easier if Antwaan Randle El ends up being a salary cap casualty as soon as the lockout ends and the Steelers start attempting to get under the salary cap. That would leave Sweed to battle Arnaz Battle, Tyler Grisham and Wes Lyons for the 5th spot if indeed Randle El ends up being released.

You can watch the video interview Mitchell did with Sweed below: