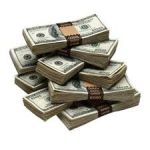 The latest news concerning the 2011 salary cap per Albert Breer and Jason La Canfora is that it is now projected to be roughly $123 million per team. They state as a practical matter that it will “feel” more like $130 million to teams when the cap credits and new cap exceptions are factored in. They also state that teams will have to spend, in cash, 90 percent to the cap minimum and league-wide spending will be pegged at 99 percent to the cap.

So where does that put the Steelers? I currently have them at about $130 million, $7 million over the projected cap number of $123 million, with the players currently under contract using the Rule 51 total. The Rule 51 is used prior to the final cut down day and is the total salary of the top 51 cap charges of players signed on a team’s roster. This helps teams manage their cap during the expanded roster stage and keeps team from hoarding expensive players even when they know they will not be able to keep them.

A few days ago I posted about the Steelers likeliest course of action they will take, once the lockout is over, in order to get under the salary cap by the time they report to training camp. The extension of linebacker LaMarr Woodley will likely be priority number one as he his wearing the franchise tag currently and a 2011 cap charge of $10 million plus because of that tag. A new deal will considerably lower that 2011 cap charge and that move alone could put the Steelers in the neighborhood of being under the cap. In that article I also mentioned players like Flozell Adams, Aaron Smith, Antwaan Randle El and Larry Foote as players that “could be” cap causalities before training camp starts or at the very least, asked to take a significant pay cut.

Several have asked me since that article what other players could be salary cap casualties, so I compiled the list below of the realistic cuts with estimated 2011 salaries along with their cap charges, dead money charges if cut and cap savings they would create if indeed they were released. To make this list a player of course currently has to be under contract and have been on the 2010 roster. Pay close attention to the dead money column as this number will still be charged against the cap should the player be cut. The cap savings is just that. It is the original 2011 cap charge minus the dead money amount. Also keep in mind that the $130 million the Steelers are currently projected at does not include the 2011 draft class as they are not under contract, nor does it include the restricted free agents that were tendered prior to the lockout as they have yet to sign those tender sheets. I also should alert you that these contract numbers are estimations only, but should be close.

ETA: Several are thinking that I listed these players as ALL getting released. That is incorrect. These are players that could be released. It will NOT be everyone on this list and in fact probably just a handful of them.

ETA 2: The 2011 cap will be $120 million with a one player, $3 million cap exemption. The exemption transition would be similar to the minimum salary benefit, according to ESPN, that allows a team to sign a veteran player to a one-year deal at a greatly reduced cap number. This means the Steelers are indeed $10 million over opposed to the $7 million I listed above.