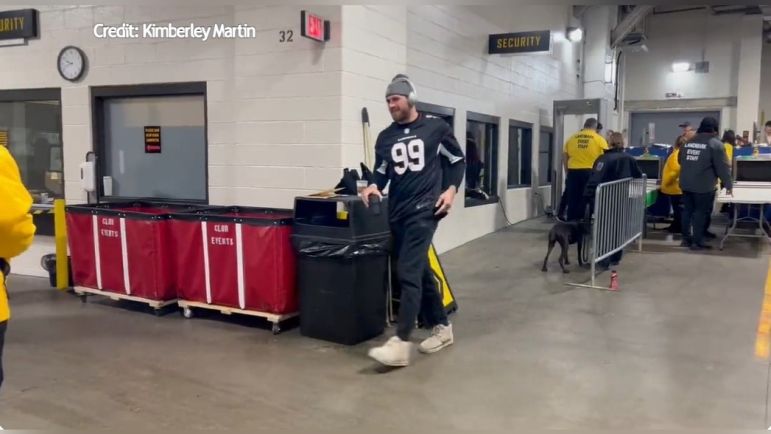 While this could be the last game of the season for T.J. and Derek Watt, it is the final football game J.J. Watt plans to play. Weeks ago, the eldest Watt announced his retirement at the end of the season. And as his younger brothers arrived at Acrisure stadium, they honored him by wearing his #99, both wearing his Cardinals’ jersey.

The Steelers wrap up their regular season against the Cleveland Browns while the Cardinals will take on the San Francisco 49ers.

Now nearly 34 years old, J.J. Watt has decided to move on with life’s work. At his peak, he was the most dominant defensive player of his era, he was named the league’s DPOY in his second year, racking up 20.5 sacks in 2012. Through his first five years, he amassed an incredible 74.5 sacks, making four Pro Bowls and four All-Pro teams.

But injuries derailed his amazing career. In 2016, he played just three games and in 2017,  he played in only five. But Watt has stayed healthy this year and proven he can still be a force, appearing in all 15 games for the Cardinals this year and notching 10.5 sacks, his most since 2018.

But barring him unretiring, there will be only two Watt brothers in the NFL next year. The unique bond those three have are well-documented, a trio of brothers playing in the NFL at the same time. Unfortunately, all three couldn’t be on the same team at the same time but this was a classy and cool way to honor big bro by T.J. and Derek. Another way to honor him would be with a win that will hopefully push the Steelers into the playoffs.

UPDATE (10:48 AM): J.J. has responded to the Steelers’ photo of his brothers wearing his jersey.

Man oh man, I wasn’t ready for this this morning.

Genuinely could not ask for two better brothers.

This means the world to me.