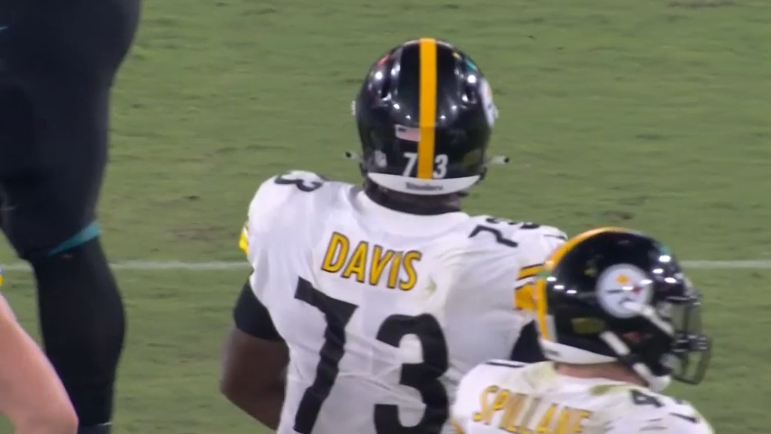 Davis was a seventh-round pick by the Steelers out of Nebraska in 2020. He played 12 total games in his career with the Steelers but only appeared in the team’s Week 8 loss to the Philadelphia Eagles this season. He spent the majority of the year on the team’s practice squad, but he didn’t sign a reserve/future contract with the team like the majority of the team’s practice squad. Given his limited opportunities this season, he likely was looking for better opportunities and, that could come in New York.

Assuming Davis is done in Pittsburgh, he wrapped up his Steelers tenure with 12 tackles and one sack. He saw most of his action in his rookie season in 2020, when he appeared in seven games and finished with six total tackles. His brother, Khalil, also spent time on Pittsburgh’s practice squad during the 2021 season. If he goes to the Giants, he would join former Steelers defensive lineman Henry Mondeaux in Wink Martindale’s defense, although Davis would likely be signing a reserve/future deal with New York and would have to fight to make the final 53-man roster.

With Dexter Lawrence only having one season left on his contract, the Giants are likely looking to add additional depth to the interior of their defensive line. They also signed former second-round pick Vernon Butler to a reserve/future contract earlier this week, and they could look to bring in Davis as well as another option.

It remains to be seen whether Davis will have an opportunity with another team or if the Giants decide to offer him a contract. Either way, it looks like Davis will move on from Pittsburgh and look to latch on elsewhere after three seasons with the black and gold.