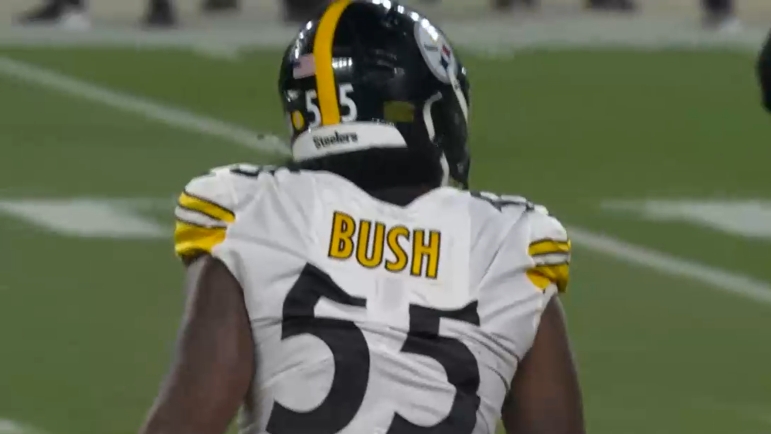 Saturday night, Devin Bush might have offered a hint as to where his next NFL stop will be. At least where he wants it to be. Because it sure seems like his time in Pittsburgh is done.

During the Wild Card matchup between the Los Angeles Chargers and Jacksonville Jaguars, Bush sent this tweet out.

Playing for a former NFL player…🤔

“Playing for a former NFL player…” Bush tweeted with the “thinking” emoji.

I’m generally one not to hyper-focus on player tweets, the Diontae Johnson “drama” was all nonsense, but this tweet is a lot more specific.

Could he be referencing Jaguars’ head coach Doug Pederson? He spent ten years as a NFL quarterback though he made just 17 starts and threw only twelve career touchdown passes. He’s been coaching since 2005 and in the NFL since 2009, leading the Philadelphia Eagles to a Super Bowl before taking the Jaguars’ job this past season, turning their year around and putting them into the playoffs.

Bush’s current head coach, Mike Tomlin, never played in the league. His highest level of play came as a wide receiver at William & Mary. After his college days ended, he took a job offered by the late Bill Stewart at VMI and began his coaching career.

With his fifth-year option declined, Bush is set to become a free agent this March. After playing ten total defensive snaps the final two weeks of the season, it’s highly unlikely he returns and he figures to be playing elsewhere in 2023. Bush’s play improved compared to a year ago, two years removed from his torn ACL helped, and he’s an underrated tackler who showed more physicality against the run. But he still didn’t make impact plays and had far too many low moments, not trusted against the run and being schemed out in favor of rookie Mark Robinson by year’s end.

Pederson aside, other notable head coaches who played in the NFL include Tennessee’s Mike Vrabel and Detroit’s Dan Campbell. Bush played his college ball at Michigan so going to the Lions would be close to where he used to play ball.

It’s likely Bush isn’t referring to any specific coach here but merely the allure of playing for someone who played in the NFL. There’s a certain level of credibility and “buy-in” those coaches can get others aren’t able to tap into. Ones who were on the field, went against the best, and can relate to the ups and downs the select few who played in the NFL experienced.

When Bush does hit free agency, check the coaching connection. It might be where he wants to go. Of course, any team would need mutual interest and that might be the more difficult end of the equation.