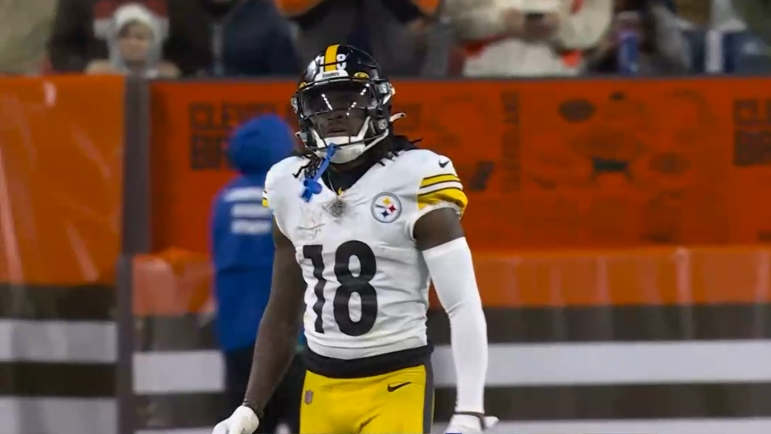 We’ve gone three days and the Internet can’t stop talking about Diontae Johnson. They think he’s taking shots at Matt Canada. Hinting at a trade. Changing his Instagram bio to take a swipe at the team.

And none of it seems true.

Ain gone say to much… but stay tuned 💯

He said little. In fact, he pretty much said nothing. But that didn’t stop the fanbase and other bloggers to run with it, calling it “intense” and “cryptic” and a sign that something big is coming.

What did Johnson mean by that tweet? No idea. I’m not in his head. But the overwhelming odds are it’s far less interesting and significant than what anyone thinks it is.

Every time someone loses their mind over a player’s tweet, I’m reminded of when the fanbase lost their minds over Cam Sutton’s Instagram story – a black screen with a peace sign – also called cryptic that had some convinced he was being traded. And none of that was true, nothing even close. He’s not the only example and he won’t be the last. The drama and wonder sounds fun and oh boy does it produce clicks, especially valuable with the Steelers’ season over, but it’s often a big fat nothing-burger.

A new narrative popped up today that Johnson unfollowed the Steelers from his Instagram page and took Pittsburgh’s name out of his bio. A move done by players around the league when they’re unhappy with their situation. Happened with Antonio Brown, happened with Arizona Cardinals’ QB Kyler Murray. While we can’t confirm if Johnson was following the team before, there’s no evidence he actually was. His bio seems unchanged, too. As Dave Bryan tweeted out, his page from April had no mention of the Steelers in it. His bio has hardly changed and nothing suggests he’s mad at the team.

This is a Diontae Johnson IG screenshot from April and one from today. What is all the fuss about? #Steelers #NFL pic.twitter.com/8mLrJnEvSw

If we’re playing the social media game, Johnson still has all his photos of playing in a Pittsburgh uniform posted and his profile pic is him as a Steeler. If he was *that* unhappy with the team and wanted out, he would’ve removed those, too.

There’s no question Johnson was frustrated throughout the year and he made that known during the Steelers’ turbulent first half of the season. He ended 2022 without a touchdown, setting a NFL record, and that’s not a feeling any player wants to carry into a long offseason.

But none of that suggests he’s upset with the team or that he wants out. Right now, there’s every belief Johnson will be a Steeler in 2023, returning as a starter and key target opposite George Pickens.

Three days into the offseason and I already want it over. That might be a record.