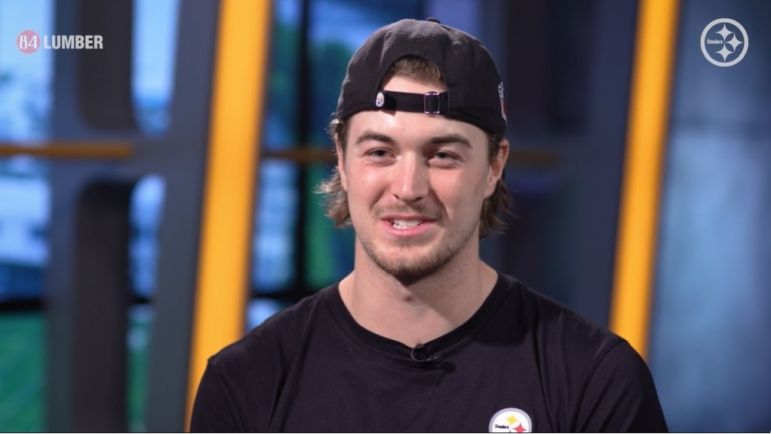 Much of what Kenny Pickett did as a rookie was akin to putting your hand on the stove. You gotta find out it’s hot until you learn not to do that again. It’s crawling before walking, walking before running.

Come next season, Pickett wants to be at a full sprint.

Sitting down with Steelers.com’s Dale Lolley, Pickett outlined where he wants to get better in 2023.

“I think full ownership of the offense,” he told Lolley. “I think when I first started this season, it was alright, you get to play. It’s like ABCs, just kind of real basics. Execute the play, move on to the next ones. The more comfortable you get, you’re kind of just seeing things differently. You’re seeing things a step faster. You’re taking advantage of alerts in this system that you could get more shot plays from, and they’re giving me more responsibility from that aspect of it and giving me the green light to go do certain things.”

Pickett took his lumps as a rookie, the Steelers getting out to a 2-6 and 3-7 start. He wasn’t responsible for all of that, the team didn’t start him until Week 5, but by the bye week, he had thrown just two touchdowns to eight interceptions. Not all of them were his fault but it’s a ratio no quarterback wants to have.

Post-bye, things were different. The game slowed down and Pickett and this offense improved. He threw just one interception after Week 9 and made more plays outside of structure, scrambling to throw, not run, and thriving under pressure in two-minute situations. He finished the year with seven touchdowns to nine picks, though he rushed for three additional touchdowns and the progress he made was undeniable.

No longer the wide-eyed rookie just trying to be the backup, Pickett enters 2023 as the team’s clear-cut starter. He might be the only quarterback in the room part of next year’s club. Mason Rudolph is undoubtedly leaving while Mitch Trubisky could be a cap casualty, not to mention a player who doesn’t sound eager to be a Steeler anymore.

For Pickett, he wants to hit the ground running as soon as the team reports to training camp.

“Complete ownership of the system is really what I want to do. And I think that’ll take our offense to the next level.”

As he said, he’s past the ABCs of football. To him and to the Steelers, the only three letters that matter anymore are W-I-N.