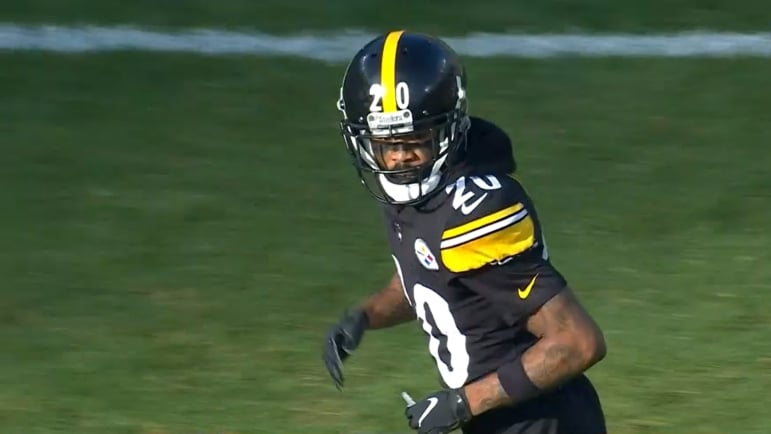 For all but four teams playing on championship weekend, the offseason is in full swing as 28 teams start their preparations to hopefully see greener pastures in 2023. One aspect of the offseason that is fast approaching is free agency which kicks off in March, creating a bidding war for the top free agents at their respective positions. Brad Spielberger of Pro Football Focus recently published his list of free agents each NFL team can’t afford to lose this offseason. For the Pittsburgh Steelers, Spielberger named CB Cameron Sutton as the player they must try and retain prior to the start of free agency.

Cameron Sutton had a career year in 2022 as Spielberger stated above, coming as a little bit of a surprise to some who recognized the veteran defensive back as a solid defender, but the stats suggest he was one of the best in football last season. He finished 2022 with a career-high three interceptions and 15 PBUs, almost double than his best mark in 2020 with eight. Sutton also had a QB rating against of just 63.3. Post-bye week, that number dropped to 56.3.

Cameron Sutton also brings versatility to the secondary, having the ability to be a movable chess piece that can play on the outside, in the slot, and even a bit at safety which helps rotate and move Minkah Fitzpatrick around.

While Sutton isn’t the most athletic cover corner in the league and in this year’s free agency class, he still should expect a notable pay raise from the two-year deal worth $9 million he signed in March of 2021. Dave Bryan and Alex Kozora have mentioned that Sutton could be in-line for a deal with an average yearly value of between $13-16 million, a number that far exceeds Spielberger’s suggestion of a cheaper deal.

The market will determine what Sutton’s starting value is in negotiations with the Steelers when they go to the negotiating table here soon, but should the cost not break the bank, re-signing Sutton should be Priority #1 for this team this free agency cycle.