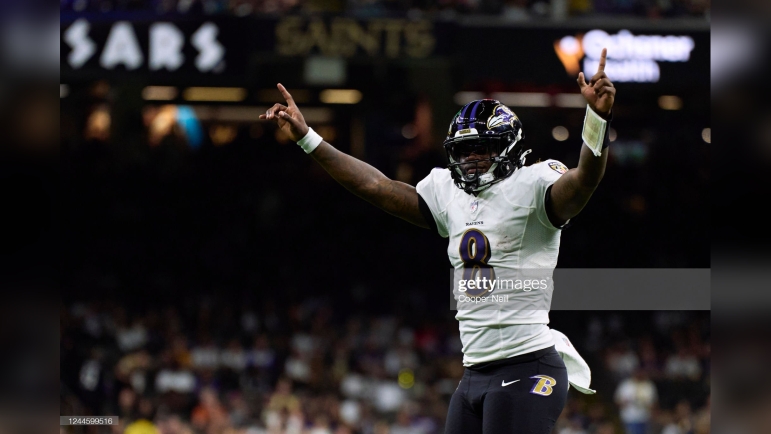 We know the Pittsburgh Steelers are playing the Baltimore Ravens in Week 17. We now know it’ll be Sunday night. But we don’t know what quarterback the Steelers will be facing in a must-win game. Lamar Jackson has been out for weeks with a knee injury but speaking to reporters Monday, Ravens’ head coach John Harbaugh said Jackson could play this weekend.

Coach Harbaugh asked about QB Lamar Jackson and if he will practice this week. pic.twitter.com/IVCdjqHdsW

Jackson suffered a PCL injury early in the team’s Week 13 win over the Denver Broncos. He’s yet to return to practice but NFL Network’s Ian Rapoport believes Jackson could return to the field this week. Clearly, Harbaugh and the Ravens are at least keeping the door open.

Tyler Huntley has been starting in Jackson’s place, including the first Steelers/Ravens matchup that Baltimore won 16-14. In his three starts, Huntley has completed just 57.6% of his passes with one touchdown and one interception. Despite his mobility, he hasn’t done much on the ground, just 72 yards and zero scores in those three starts.

In Jackson’s absence, the Ravens’ offense has struggled mightily. Sixteen points against Pittsburgh, three points in a loss to Cleveland, and 17 points to beat Atlanta over the weekend, scoring just one touchdown while Huntley completed only nine passes.

Before the injury, Jackson had completed 62.3% of his passes with 17 passing scores and seven picks while averaging a league-leading 6.8 yards per carry on the ground with three more scores.

The difference between having Jackson and having Huntley in the lineup is massive for Baltimore. The Ravens won’t have to issue their first injury report until Wednesday afternoon and Jackson’s health and status will be one of the week’s key storylines. For the Steelers, this is a must-win game and they have to win out to even have a chance at making the playoffs. Baltimore clinched a playoff berth with their win on Sunday, lessening the urgency for Jackson to return, but the team is still battling for the AFC North crown that would have home field and seeding implications.