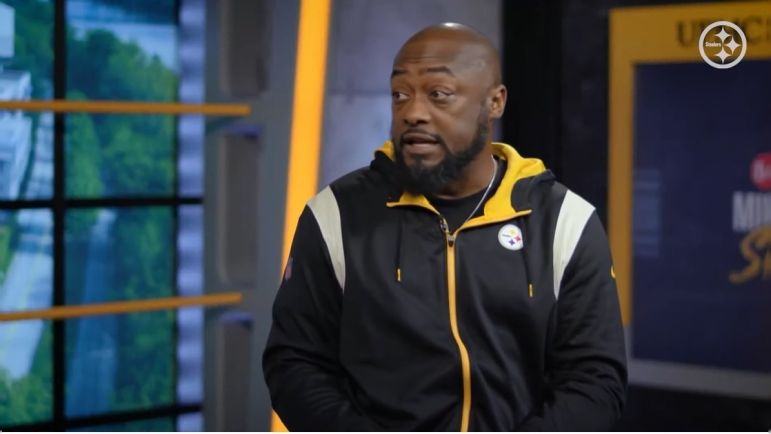 Today, Mitch Trubisky was named starter for the Pittsburgh Steelers when they face off against the Carolina Panthers tomorrow after Kenny Pickett was ruled out with a concussion. Despite a supposed quarterback battle this week in practice, Trubisky came out on top.

In his weekly show, The Mike Tomlin Show, broadcasted on the Steelers YouTube page, Steelers head coach Mike Tomlin was asked to give his thoughts on Trubisky’s performance in relief last Sunday against the Baltimore Ravens.

“I thought [Trubisky] came in with the right spirit,” Tomlin said. “He didn’t reduce our intentions by any stretch, but that’s reasonable when you got a veteran backup, a guy who can come in and do the things you desire to do on a limited number of reps of prep. That cumulative resume allows him to do that. He displayed that. I thought we moved the ball fluidly but we had those two or three plays where we turned the ball over and those two or three plays are significant. They’re significant in any NFL game but particularly as these two teams come together, or at least the history of these two teams coming together would indicate.”

While Trubisky was consistently able to move the chains, unfortunately he turned the ball over three times, reducing the impact of his ability to pick up first downs. With Trubisky in the Steelers converted a first down on every drive, marching either into field goal range or close to field goal range every time. This is what made his turnovers so costly as it took potential points off the board.

After the game, Trubisky called his play aggressive play “reckless.” However, on the show, Tomlin did not seem too upset about the aggressiveness of Trubisky.

“It’s easy to have that perspective with hindsight being 20/20. But we play to win, and we don’t play not to lose. I think he shares that spirit. We just got to be better of taking care of the football.”

Yet, despite this comment of being happy with Trubisky’s aggressiveness, Tomlin’s actions this week did not show that. He held a sort of QB competition this week between Trubisky and Mason Rudolph, with a starter for tomorrow’s game only being declared today.

This season, Trubisky has had a tough time toeing the line of being “smartly aggressive.” In his first four starts, he took care of the ball but did not take too many chances down to field out of fear of turning it over. Since he’s been benched, Trubisky has not shied away from taking shots. While it worked in the Tampa Bay Buccaneers game, it did not work against the Ravens. Tomorrow, he has to still have the aggressiveness that Tomlin said he appreciates, but try and make some better decisions. Trubisky should not try and force feed anyone the ball, but still let his receivers try and make plays.

It seems that Trubisky will be on a short leash again with Rudolph, i.e. QB2A, standing right behind him on the sideline on Sunday. With this being the case, will we see Trubisky revert back into the cautious quarterback that got benched for Pickett, or will he be slinging it around the field like he has in his last two appearances?