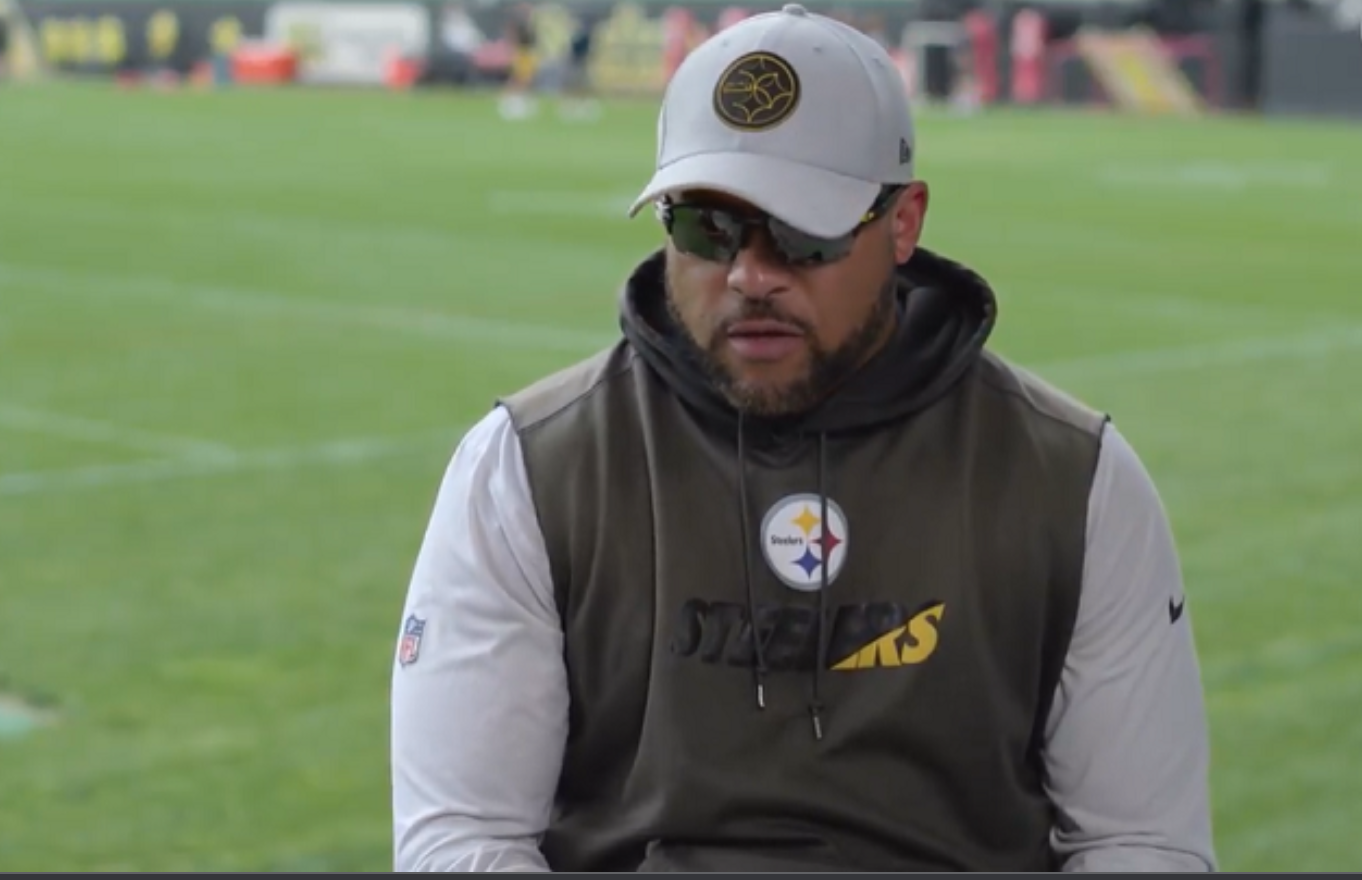 You don’t hear much from positional coaches. They’re guys who work in the shadows. Long nights, early mornings, tons of coffee. Head coaches are the stars, coordinators either praised or made scapegoats, with positional coaches only mentioned when they’re hired…or fired.

But those are the guys who teach. The ones who work with their group the most. The ones who do the grading, work on technique, and get their guys ready for game day. There’s a direct reflection of the on-field performance to what the coach does. The Steelers have a list of important positional coaches, many we’ve highlighted before. D-line Coach Karl Dunbar, TEs Coach Alfredo Roberts, and LBs Coach Brian Flores. But RBs Coach Eddie Faulkner deserves his flowers too for what he’s done with the group.

Sure, he was given a first round pick in Najee Harris. Not a bad guy to have as your starter. But Faulkner’s done well to develop him and when Harris is healthy and at his best, he’s a quality starter for this team. The two have connected well. But this year especially, the whole running back room has been counted on. Jaylen Warren’s been a success story with a role that’s increasing while Benny Snell and Anthony McFarland stepped up to beat the Indianapolis Colts in Week 13. Under Faulkner, all those guys have put their hand in the pile.

Warren deserves a ton of the credit himself. A hard-worker with a fiery, can-do attitude, he earned his spot on the roster. But Faulkner should get a slice of credit for developing Warren, bringing him along into a well-rounded player who can run, catch, and block. After being non-factors in the offense for essentially a year, Snell and McFarland seamlessly stepped in against the Colts when Warren was out and Harris went down. Props to those guys for being at the ready but Faulkner also had them prepared. They played mistake-free football and propelled the Steelers to victory.

Perhaps the best thing Faulkner has done as coach is work on ball security. At the risk of jinxing it, I know those comments are coming, the Steelers’ backs have not fumbled much since Faulkner was named RBs Coach in 2019. Comparing it to the rest of the run-heavy AFC North, the Steelers stack up well.

And over the last two years, the Steelers have only fumbled twice, tying the Bengals for the North’s best mark. In fairness, having Harris is certainly a help. He didn’t fumble in college and hasn’t fumbled in the NFL. But these numbers aren’t a coincidence. Watch a training camp practice and you’ll see how much time Faulkner dedicates to ball security. Repping and creatively coming up with new drills to practice it. It’s a point of emphasis for all coaches but Faulkner’s taken it to a different level I hadn’t seen in Steelers’ camp before. Here’s one such excerpt and drill we wrote about in 2021.

“Pretty crazy ball security drill the skill players, receivers and running backs, worked on. Got in a big circle. Holding a football, a coach in boxing gloves tried to punch the ball out. Walk in the circle to the next “level” with a coach whacking you with a bag. That was followed by a boxing glove on a stick trying to poke the ball out. Next station had the play lay on the ground, get up and step over a small hurdle (probably six inches off the ground) while a coach (assistant Blaine Stewart), went to punch the ball out with a stick. Last, the player rolled on a big medicine ball and a coach again tried to hit the ball out.”

You practice how you play and what you focus on in drills is what you’ll get on Sundays. Faulkner knows ball security is 1st, 2nd, and 3rd priority and his backs know it too. That’s why it’s translated so well. When Jaylen Warren struggled there this summer, the coaches emphasized it, corrected it, and it hasn’t been a problem since the games started counting.

A coaches job is to have his players ready. The entire room’s been needed and stepped up this year. For the first time since 2018, the Steelers have found traction with their run game. That certainly isn’t all on the running backs, the o-line and coach Pat Meyer have done a great job too, but at least Meyer gets some level of recognition if only for being a new name under a brighter spotlight. Faulkner’s been with the team long enough to make him an easy name to forget. He shouldn’t. He’s a valuable piece to this run game’s success and he and this room will keep working to keep their hot streak going Sunday against Baltimore.