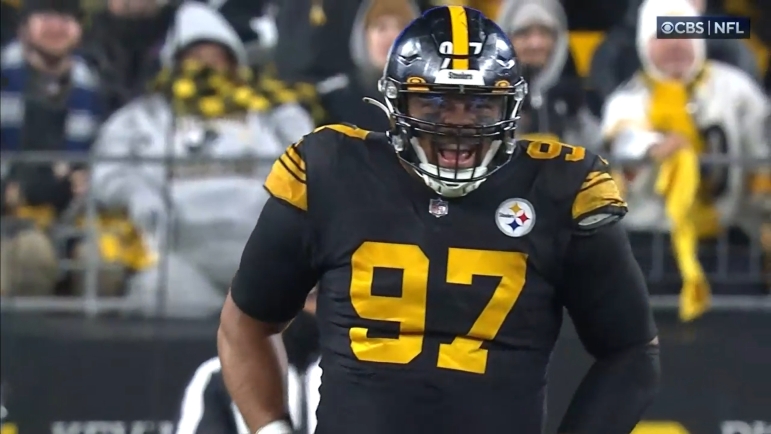 On Tuesday, HC Mike Tomlin spoke to the media in his weekly press conference where he talked about the team’s win Sunday on the road against the Atlanta Falcons and previewed the team’s upcoming Week 14 matchup at home against the Baltimore Ravens this upcoming Sunday.

When Tomlin was asked about DL Cam Heyward who was named the Steelers nominee for The Walter Payton Man of the Year Award earlier today, Tomlin mentioned that Heyward doesn’t need any ringing endorsement from him in terms of all that Heyward has accomplished to be deserving of such an honor.

“Here’s the thing for me, just the totality,” Tomlin said to the media Tuesday on video from the team’s YouTube channel. “I know it’s a reward that acknowledges the work that’s done in in 2022. But much like his playing career, man, his work in the community, whether it’s Pittsburgh or Atlanta where he is from or Columbus where he went to school or any community that he cares about. This guy contributes in a positive way in the way that he has as a player. The totality of his resume in that area is indisputable like the totality of his resume as a player. It’s over a decade of service and so, that’s why I feel like he needs no endorsement from me.”

Cam Heyward has been an active member in the community as long has he has been in Pittsburgh, establishing The Heyward House as part of The Cameron Heyward Foundation which supports causes like fighting childhood hunger, improving childhood literacy, fighting cancer, and supporting students and teachers alike in schools. Various projects Heyward has undertaken with his foundation include Craig’s Closet program which aims to provide high school boys in the Pittsburgh area with dress clothes for interviews, and internships along with hosting a Teacher Appreciation Dinner during training camp, donating $10,000 to help teachers fund their classroom projects.

.@CamHeyward continues to leave his mark in the Pittsburgh Community thanks to his dedication to giving back. 💛🖤 @Nationwide

Retweet & reply with “#WPMOYChallenge Heyward” to help him earn a $25,000 contribution to the charity of his choice. #WPMOY pic.twitter.com/ar9RFZ2RFL

Heyward is the definition of a “pro’s pro”, being a five-time Pro Bowler and three-time first team All-Pro selection. He is the respected leader in the locker room and is climbing the ladder in terms of Pittsburgh’s all-time sack leaders. However, as Tomlin mentioned, Heyward’s impact far exceeds what he done on the football field as one of the best at his position in the National Football League. He is a mentor to younger guys like DeMarvin Leal and Isaiahh Loudermilk in his own position room as well as WR George Pickens who was visibly frustrated after not being involved last Sunday against the Falcons.

The Steelers got a man with a heart of gold when they selected Heyward with the 31st overall pick in the 2011 NFL Draft, drafting a guy that would usher in a new era of dominant play on the defensive line as well as a genuine man who has the intention to impact the lives of many thanks to his podium of playing in the NFL. Heyward was Pittsburgh’s 2021 nominee for the same award, giving him back-to-back nominations. Heyward lost out to Rams OT Andrew Whitworth for the honor of being named the NFL’s Walter Payton Man of the Year, but he again has a shot to not only represent the city of Pittsburgh, but the entire league should he be selected during the 2022 NFL Honors.