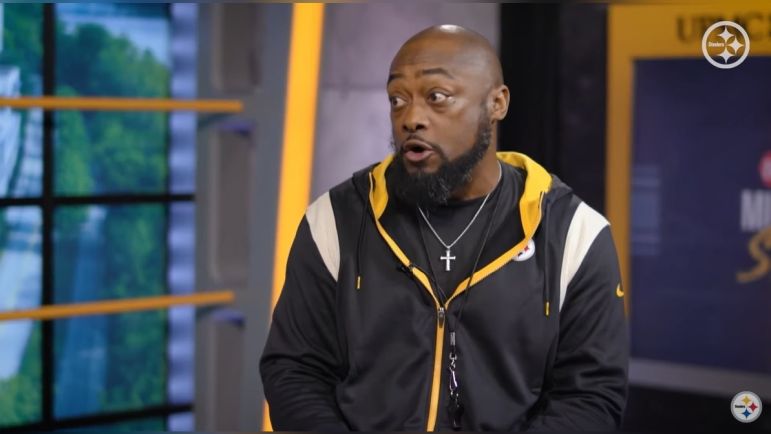 Mike Tomlin loves football. But he doesn’t love everything that surrounds football. With sports betting and fantasy sports growing by the year, Tomlin believes the game is losing some of its purity and focus. That’s highlighted by some of the chatter following Minkah Fitzpatrick’s game-sealing interception against the Atlanta Falcons last Sunday. A great moment for Fitzpatrick and the Steelers’ defense to secure victory, some fantasy owners and betters who were dismayed by Fitzpatrick’s decision to run out of bounds instead of running into the end zone for a defensive touchdown, impacting those audiences.

Appearing on the latest episode of his Mike Tomlin Show, Tomlin bemoaned the increased presence and popularity of those things.

“It also shows you just the state of sport entertainment,” Tomlin told host Bob Pompeani. “Man, it is ridiculous that we’re talking about something other than winning, whether or not you had the Steelers’ defense and the fantasy points that you lost or the gambling aspects of overs and unders.

“Just on a personal note, I’m saddened often by the distractions that could become part of viewing and enjoying men competing at the highest level in the game that we all love by fantasy teams and over and under lines.”

Fitzpatrick had a clear path to the end zone but decided to walk the ball out of bounds instead, a selfless play that put team ahead of personal accolades. While the odds of Pittsburgh losing that game would’ve been about zero, Fitzpatrick and the Steelers’ defense would’ve had to retake the field for the final 30 seconds of the game. That would’ve created more work, more snaps, and always the chance of injury. Instead, as Fitzpatrick said, he wanted to “go home” so much so that he wasn’t even the victory back in the team’s final offensive kneeldown, giving way to Cam Sutton, a Georgia native who probably appreciated the moment.

Fantasy football has been big for years but the influence of sports betting and gambling, both with fantasy sports and in general, have grown in recent years. 30 states, including Pennsylvania, have legalized sports betting leading to an influx of money for those businesses but also a heavy emphasis on things that aren’t directly about football. Bad beats, prop lines, and fantasy rankings.

For Tomlin, the highlight should be on that moment and not the implications outside of the field.

“It’s unfortunate at times that guys displayed great situational awareness and playmaking and selflessness in that play. He should be championed for that as opposed to questioning some of the ways that I hear him being questioned.”

Bottom line is this. And it’s no surprise. Mike Tomlin doesn’t care about your fantasy team. He just cares about wins. The Steelers have two-in-a-row and they’ll go for three tomorrow against Baltimore.