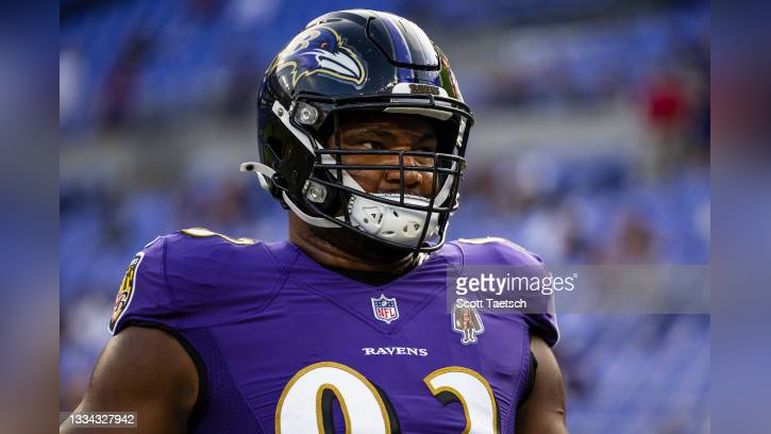 The Baltimore Ravens are expected to be without one of their top defenders in Sunday night’s game against the Pittsburgh Steelers. DL Calais Campbell is expected to miss the contest with a knee injury according to a tweet by ESPN’s Jeremy Fowler.

Here’s what Fowler tweeted moments ago.

#Ravens DL Calais Campbell (questionable, knee) is not expected to play Sunday vs. #Steelers, per source

Campbell suffered a knee injury in the team’s Week 15 loss to the Cleveland Browns. He missed the Week 16 contest versus Atlanta and the first two days of practice earlier this week, sitting out Wednesday’s and Thursday’s sessions. He returned to practice on a limited basis on Friday and received a questionable tag, opening the door for him to play. But with the Ravens locking up a playoff berth last week and Campbell only getting a half-day of work, it’s sensible for him to wait. It’s possible he doesn’t return until the playoffs.

Earlier in the day, the team elevated DL Rayshad Nichols from the practice squad, another sign Campbell is expected to sit out.

While the Ravens’ run defense is stout across the board, Campbell is arguably their best player along the line. Still playing at a high-level at 36 years old, he has 36 tackles (4 TFL) with 14 QB hits and 5.5 sacks on the season. He played a key role in the team’s Week 14 win over Pittsburgh, finishing the game with four tackles and blocking a field goal in a two-point win.

Campbell’s expected absence could make it easier on the Steelers’ running game tomorrow night. In the first meeting, Pittsburgh averaged just 3.3 yards per carry, 65 yards on 20 attempts. They’ll need a strong ground attack to upset Baltimore in a must-win game, though Pittsburgh could be eliminated from playoff contention should the Miami Dolphins beat the New England Patriots during the afternoon slate of games.

UPDATE (2:03 PM): NFL Network’s Ian Rapoport says Campbell is a game-time decision and is trying to hit 100 career sacks before his season ends, potentially implying the 36-year old Campbell could retire after the season. His contract, though, does run through next season.

#Ravens DE Calais Campbell, listed as questionable with a knee injury, is considered a game-time decision, source said. He's 1 sack away from 100 and is pushing to play in his final two games.