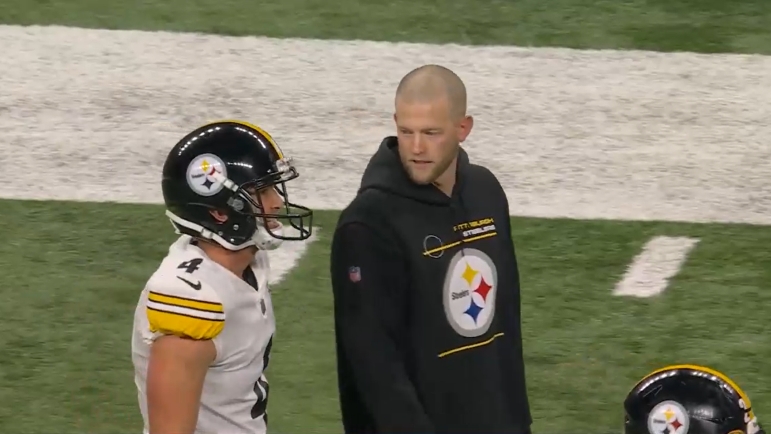 On the Reserve/Injured list since November 10, star Pittsburgh Steelers kicker Chris Boswell is expected to make his return to the lineup in Week 14 against the Baltimore Ravens at Acrisure Stadium, according to the Pittsburgh Post-Gazette’s Gerry Dulac.

Appearing on the pregame radio show on 102.5 WDVE ahead of the Week 13 matchup in Atlanta against the Falcons, Dulac reported that Boswell will be activated next week and will kick against the Ravens after missing nearly more than a month of action with a groin injury.

Chris Boswell is expected to be off IR next week and kick against the Ravens, per @gerrydulac on pregame radio show #Steelers

Boswell suffered the groin injury the Friday before the team’s Week 8 game against the Philadelphia Eagles. He missed that game and was replaced by kicker Nick Sciba.

Coming out of the bye week, Boswell was still dealing with the groin injury, which led to him landing on the Reserve/Injured list and the Steelers signing Matthew Wright off the Kansas City Chiefs’ practice squad. Wright has appeared in three games with the black and gold entering Sunday’s matchup with the Falcons and is 8-for-10 on field goals, including 6-for-6 in his last two games against the Cincinnati Bengals and the Indianapolis Colts.

Dulac added that Boswell traveled with the team for the Week 13 matchup against the Falcons and is in Atlanta.

If Dulac is correct, the Steelers would need to activate Boswell’s 21-day window to return at some point in the next week and then activate him to the 53-man roster. The release of Wright would likely be the corresponding move.