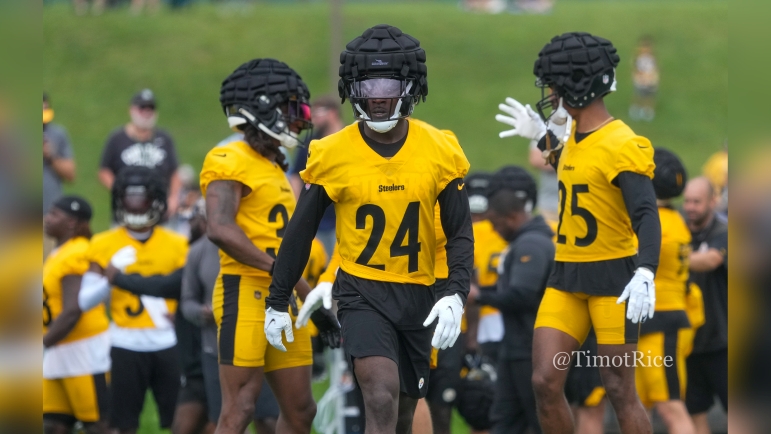 The Pittsburgh Steelers have officially activated veteran safety Damontae Kazee off injured reserve and to the team’s 53-man roster. The Steelers made the announcement earlier today. In a corresponding move, the team placed kicker Chris Boswell on IR with a groin injury. He’ll miss at least the next four games.

We have activated S Damontae Kazee from the Reserve/Injured List to the active roster.

To make room on the 53-man roster, we placed K Chris Boswell on the Reserve/Injured List. @BordasLaw https://t.co/u3Iow4z01t

Thursday marked the 21st day of Kazee’s “window” to return. Suffering a broken forearm in the preseason finale against the Detroit Lions, he was placed on IR ahead of the season. Pittsburgh designated him to return October 20th, meaning today was the final day to either activate him off IR or keep him there the rest of the season.

Signed hours after the 2022 NFL Draft, Kazee impressed in the summer and benefitted from early first-team reps while Minkah Fitzpatrick was placed on the NFI list. A physical, energetic player, Kazee worked his way into three-safety packages the Steelers appeared to plan on using during the regular season. But his late-summer injury shelved those plans. Now, his return could reintroduce that package. It’ll most likely come against multiple tight end sets like 12 personnel, removing the nose tackle for Kazee to be a third safety.

Boswell suffered the groin injury the Friday before the team’s Week 8 game against the Philadelphia Eagles. He missed that game and was replaced by kicker Nick Sciba. With the injury now more long-term, the team poached Matthew Wright off the Kansas City Chiefs’ practice squad. Wright will serve as the Steelers’ kicker until Boswell returns.

Pittsburgh will almost certainly activate T.J. Watt of IR on Saturday. He technically has one week left to return so the Steelers will wait until the weekend to make a move. Watt has been out since Week One due to a pec injury.