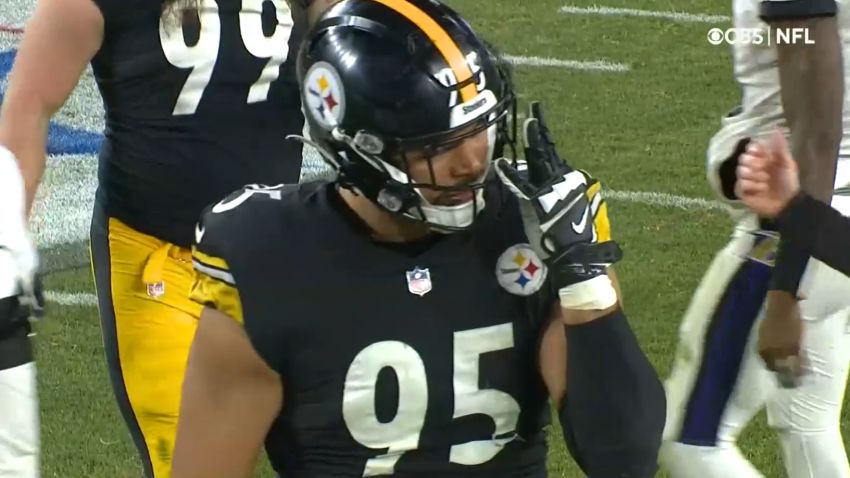 It won’t be the first time he’s played against his former team, one that gave up on him via trade, but for veteran Pittsburgh Steelers defensive lineman Chris Wormley, getting a chance to take on the Baltimore Ravens once again is always special, especially at this point in his career for the 29 year old.

Wormley has already faced off against the Ravens three times in his tenure with the Steelers and recorded a career-best three sacks in a win over the Ravens last season. Now, in Week 14 at Acrisure Stadium on Sunday, Wormley will get another shot at the purple and black, a place he called home for three seasons.

“It’s been a nice stretch here the last few years,” Wormley stated to reporters Monday from inside the locker room at the UPMC Rooney Sports Complex on the South Side, according to video via the Tribune-Review’s Chris Adamski. “It’s always fun to play a team you used to play for, and I’m looking forward to that opportunity again.”

Chris Wormley with a back-and-forth with ⁦@BrianBatko⁩ about his former team, whom the Steelers play Sunday.

Since Wormley’s trade to the Steelers, the Steelers are 4-0 vs the Ravens pic.twitter.com/ibpBc0YV9i

In three games against the Ravens, according to Pro Football Reference, Wormley has 14 tackles, four quarterback hits, 3.5 sacks and three tackles for loss. Against the Ravens on December 5, 2021 in a 20-19 Steelers win at then-Heinz Field, Wormley recorded his three sacks of Baltimore quarterback Lamar Jackson helping the Steelers defense hang on late for the win on a failed 2-point attempt from the Ravens.

Appearing on the Not Just Football w/ Cam Heyward podcast in November, Wormley stated he felt disrespected by the Ravens when they traded him, especially within the division to a rival, but in the three years since the move those feelings have faded some.

Now, he’s just focused on helping the Steelers try and stack some wins within the division and go on a run late in the season, starting with Sunday’s matchup against the Ravens.

“This is kind of when things get tight, last five weeks of the season,” Wormley added regarding the upcoming matchup against the Ravens. “We’re going to try and make a push. We’re five and seven. Another win, we’re kind of right back in the mix of things. We’re looking for a win on Sunday.”

A win on Sunday would see the Steelers improve to 6-7 on the season and put them right in the hunt for one of the two final Wild Card spots. It would also give Wormley his fourth straight win over his former team, which would make it all that much sweeter.