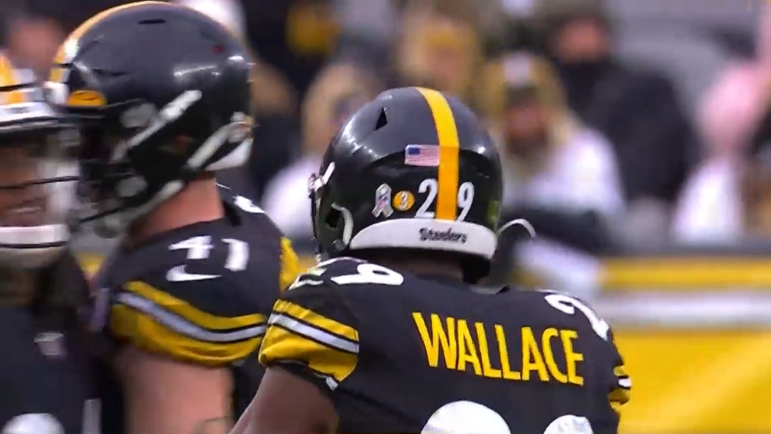 The Pittsburgh Steelers made a bunch of moves this past off-season to try and be competitive in their first year without future Hall-of-Fame quarterback Ben Roethlisberger. One area the Steelers’ front office really wanted to improve was their defense, knowing they would not have Roethlisberger in their back pocket to pull out close games like last year. While a good strategy, in theory, it has not worked great, although injuries have played a big part in it. One defensive signing that has worked out well this season, though, is cornerback Levi Wallace.

Wallace joined the Steelers from the Buffalo Bills this off-season and has been a consistent presence on the back end. Entering the season, Wallace struggled to gain playing time due to Cameron Sutton and Ahkello Witherspoon playing in front of him. However, Witherspoon’s shaky play and injuries thrust him into the lineup and he has played well.

In eleven games, Wallace has three interceptions, has allowed a 75 quarterback rating when targeted, and has allowed only two touchdowns. While Wallace is not playing shutdown defense, he certainly is holding his own out there. He was not a big-name signing and was not expected to start, so the Steelers have to be pleased with how he has played.

Wallace has also been really good in the run game, making him effective out there no matter the situation. He has recorded a tackle in every game he has played and has a low missed tackle rate of 9.3%. For cornerback context, last season Witherspoon had a missed tackle rate of 28.6%. Tackling is not always a strong suit for defensive backs, but Wallace is not afraid to get his hands dirty in the run game or prevent yards after the catch when he allows a reception.

Wallace was signed on to be a high-end depth piece on defense and now he is seeing starter snap counts due to the circumstances. The Steelers need to invest in a lockdown cornerback this upcoming draft, so it is good to know that both Wallace and Sutton can be relied on to play above average in most situations when on the field.

As the Steelers’ defense has shown this year, it is not all about star power, the defense needs other guys around Cameron Heyward, T.J. Watt, and Minkah Fitzpatrick to succeed. This year has been a struggle, but Wallace has certainly not been a reason for that and the front office should be commended for signing him. This season could be a lot worse without him on the team.