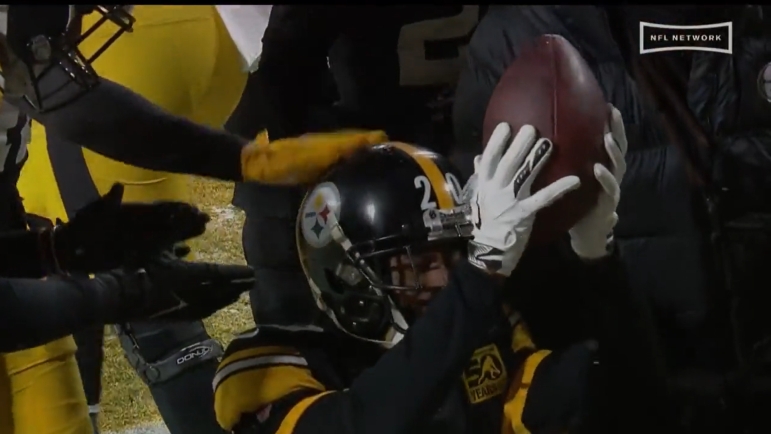 Reasoning: The sixth-year cornerback has pretty consistently been the Steelers’ top player at the position this season even though they invested in the offseason with the retaining of Ahkello Witherspoon and the addition of Levi Wallace. He had another strong game last week that included a game-sealing interception.

It doesn’t necessarily feel like it, truth be told, but the Steelers actually lead the NFL this season in interceptions with 17. It helps that they got three of them last week, all from the defensive backfield, albeit with some help from the Raiders with some poorly-thrown balls off of receivers’ hands.

Cornerback Arthur Maulet got the first one, followed by the fifth of the year for safety Minkah Fitzpatrick. Equally crucial, however, was the final one, a grab by Cameron Sutton. It was his third of the season, establishing a new career high.

The pick came on 2nd and 10 for the Raiders with 36 seconds to play and with all three timeouts in their pockets. They were only down by three points, so it was more than just a matter of running out the clock. Had they not turned the ball over, Las Vegas would have had plenty of opportunity to tie the game.

Sutton also broke up a pass earlier in the game on a 1st-and-10 play that helped stall a Raiders drive that was just outside the red zone and forced them to settle for a field goal. Considering they only won by three points, a touchdown there instead of a field goal could have made a world of difference in the game.

On the season, the veteran has 38 tackles, one for loss, with three interceptions and 14 passes defensed, which is by far a career-high. In fact, it matches the total number of passes defensed he had had in the previous two seasons combined.

He moved to the outside on a more permanent basis this year after spending more time in the slot previously. There has been some adjustment involved, but overall, he has only gotten better and looked more comfortable over time. He’ll be one of the free agents they should be most anxious to re-sign in the following offseason.