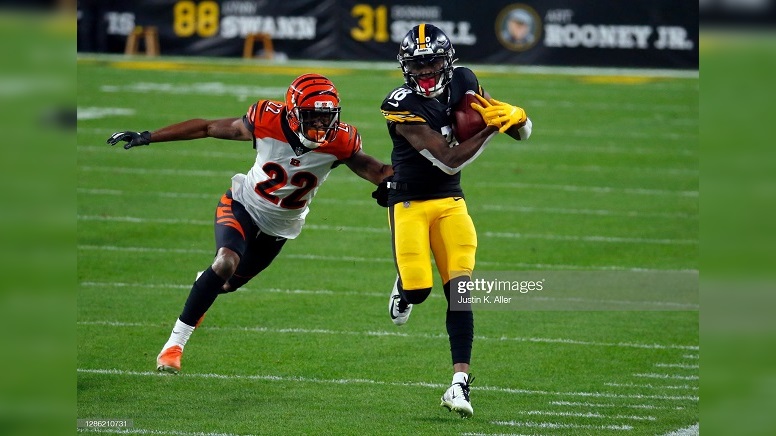 Mike Tomlin spoke to the media Wednesday prior to the team being off for four days during the Steelers bye week and spoke about their transactions at the trade deadline. The Steelers traded away WR Chase Claypool to the Chicago Bears for their 2023 second-round pick and acquired CB William Jackson III from the Washington Commanders for a late round pick swap in 2025.

When Tomlin was asked what makes him think that Jackson is a good fit in their defensive system after Washington HC Ron Rivera came out after the trade to say that the team got the evaluation wrong in terms of Jackson fitting their system, Tomlin credited the due diligence the team took in the pre-draft process on Jackson along with seeing him twice a year when he played with the Cincinnati Bengals as key reasons why they feel comfortable with their evaluation of his skill set.

“Again, we probably have more intimate knowledge of him and his skill set and what he’s done in the league than those guys because not only did we do our research prior to the draft, but he was a division opponent that we saw twice a year at the early stages of his career when he spent the bulk of his time in Cincinnati,” Tomlin said regarding Jackson to the media Wednesday after practice on video from Steelers.com.

Tomlin mentioned at the being of his presser that he is excited that the team was able to acquire Jackson after seeing him on multiple occasions in battles with the Bengals as well as the fact that the Steelers had a crush on him as a prospect they wanted to select in the first round back in 2016. Unfortunately, the Bengals picked Jackson one selection before Pittsburgh, prompting them to “panic” and select the next CB on their board which happened to be CB Artie Burns.

Jackson has had some good moments against the Steelers in the past with Cincinnati, likely sticking in the minds of Tomlin and GM Omar Khan as “the one who got away”. Hence, when the opportunity to acquire Jackson for basically nothing surfaced, Tomlin and the Steelers jumped at the opportunity to get him in Black and Gold given the current state of their struggling secondary after Jalen Hurts and A.J. Brown had their way with them last weekend.

going through some CBs & one that doesn't get near as much love as he should is Cincy's William Jackson. Using @NFLFilmStudy's #'s he was targeted 40 times and gave up 9 catches. Didn't surrender a single TD, either.

Pittsburgh tends to take a chance on players they coveted in the pre-draft process, and William Jackson III is just the latest example to follow that trend. While his play hasn’t exactly been where it was during his earlier years in Cincinnati, the hope is that playing in a defensive system that runs more man coverage looks will allow Jackson to play to his strengths. That’s what Tomlin, DC Teryl Austin, and the rest of the coaching staff are hoping will occur with Jackson who essentially in in a prove-it situation to give the Steelers a chance to see if he can regain his previous form and give Pittsburgh a reason to hold onto him and his salary in 2023.