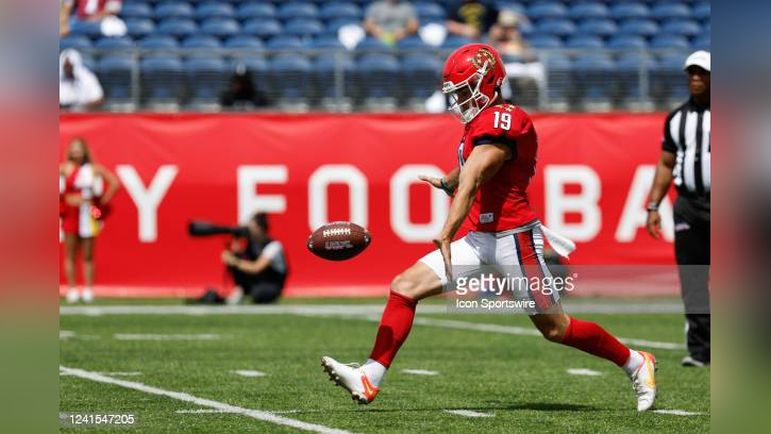 For the second time this season, the Steelers have worked out punter Brock Miller, according to a since-deleted tweet from his personal Twitter account. He noted that he left without a contract.

The visit was also posted to the official NFL transaction log, via Aaron Wilson of Pro Football Network.

Before Week 1, the Steelers brought Miller in for a workout, and they’ve done so again this week. Miller is a left-footed punter, the same as longtime Cincinnati Bengals punter Kevin Huber, who the Steelers also faced in Week 1. Bringing in a left-footed punter helps returners adjust to the differences in ball flight and spin with it coming off a left foot compared to the right.

Miller played in the USFL this summer, averaging 46.3 yards per punt. He’s become the de-facto workout guy for teams facing left-footed punters, as just last week the Philadelphia Eagles had him in for a workout ahead of their meeting with the Washington Commanders and left-footed punter Tress Way. It’s not as much of a traditional tryout, as the Steelers aren’t going to move on from Pressley Harvin III, but it gives them a scouting edge to have someone who also punts left-footed come in.

The Eagles aren’t the only team who utilized Miller’s left-footed punting, as last year the Indianapolis Colts also brought Miller in for a workout ahead of their matchup with the Buffalo Bills, who last year had the left-footed Matt Haack as their punter.

Miller’s only stint on an NFL roster came in 2017 when he spent some time with the San Francisco 49ers before being waived after rookie minicamp.